Wesson to build success on ‘D’ 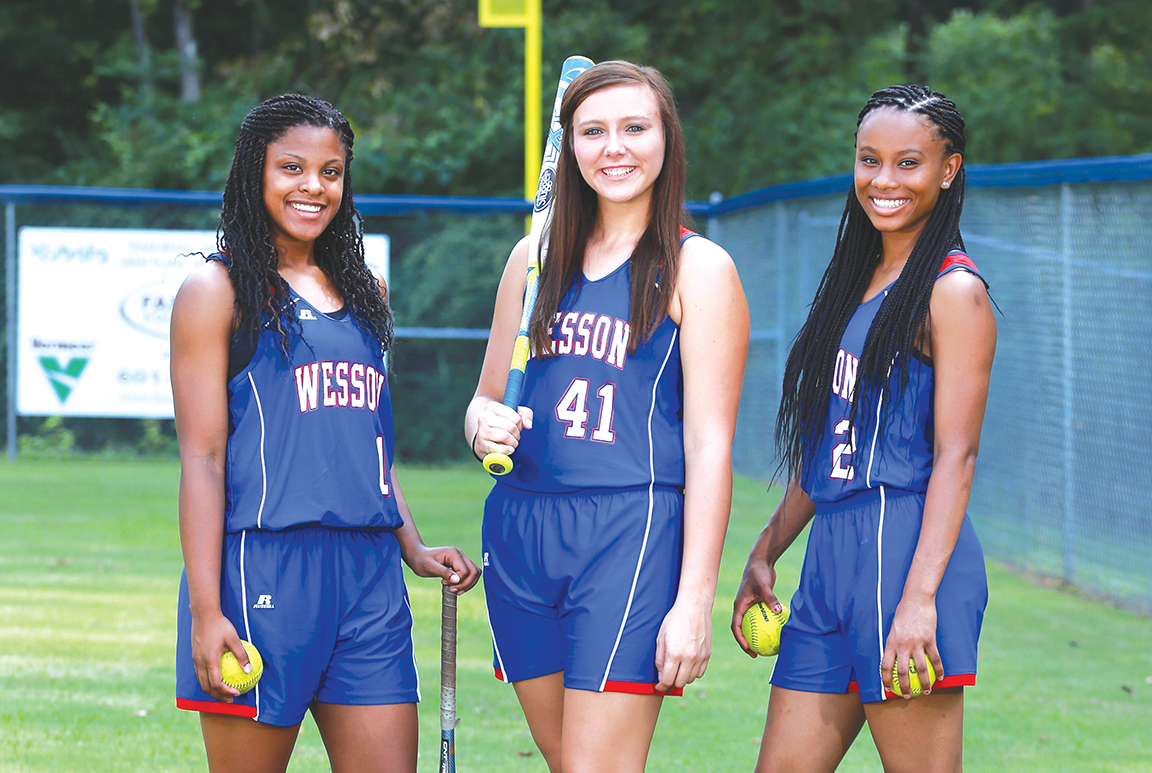 For head coach Michelle Nunnery and the 2015 district champion Wesson Cobras, it is all about progression. That has especially been the case over the past two years.

Nunnery’s Cobras have consistently been a playoff contender, but had their aspirations stalled each year by perennial slow-pitch softball title contender Philadelphia.

“We have played them in the playoff the last two years in a row,” Nunnery said. “We got beat bad the first year, but put up a fight last year.”

Now that her team is a year older and more experienced, Nunnery hopes they have progressed enough to top their second round appearance in last year’s 3A playoffs.

In order to do that, the head coach said her team will rely on sound defense, just as they always have.

“We have always been a solid defensive team, but now we are working on becoming a better team offensively to compete in slow pitch,” she said. “A lot of our girls are still getting used to playing slow-pitch.

The Cobras only return three seniors (Sabria Green, Harmoni Ashley and Aurianna Vaughn) to the team this year, but Nunnery says they bring more than enough leadership to the squad.

“They keep everyone on their toes. The players listen to them and they get along very well,” she said.

The starting pitcher for the Cobras this year will be freshman Riley Smith. Nunnery said the freshman’s natural abilities, in addition to the contributions she makes offensively, are what make her special.

The versatile utility player  sophomore Shaylin Green could also see time on the mound.  Junior shortstop Brooke Jones is one of the Cobras’ deadliest offensive weapons in 2016.

“Brooke is a legit hitter,” Nunnery said of the sophomore. “She does well with bringing in runners and she also a good defender. She fields the hard hit balls to shortstop really well.”

Nunnery also said Ashley, her senior first baseman, was one of her stronger batters and a big playmaker on defense.

Left-fielder Amber Brinson leads the effort for the Cobras in the outfield.

“Amber reads the ball well and is very vocal in the outfield. She  makes sure everyone is on their toes and she is also a clutch hitter,” the head coach said.

In addition to being solid on defense, Nunnery said the strength of her lineup is what could help her team be successful this season.

“Anyone in our lineup could have a big night on any given night,” she said. “Pitchers really will have to make a concerted effort against us.”

The Cobras’ head coach said she believes her squad has a chance to be competitive this year if they are able to come together offensively and get everyone hitting the ball at the same time.

“Our goal every year is to win district, but one of our main goals is making sure we are producing every inning,” she said. “We can’t get a lead on a team and then not do anything else.”

Nunnery said the Cobras will use key matchups against area teams like Bogue Chitto and West Lincoln to measure where they stand as a team.

“How we play them determines how good we have gotten. It’s always a good game when we play them,” she said.

The Cobras’ only action so far this season came in a jamboree in Lawrence County. Their first two games were cancelled due  to inclement weather.

Their first true game will be at home today against North Pike.

Seeing an opposing team take the opening kickoff of the first game of the season in for a touchdown is... read more