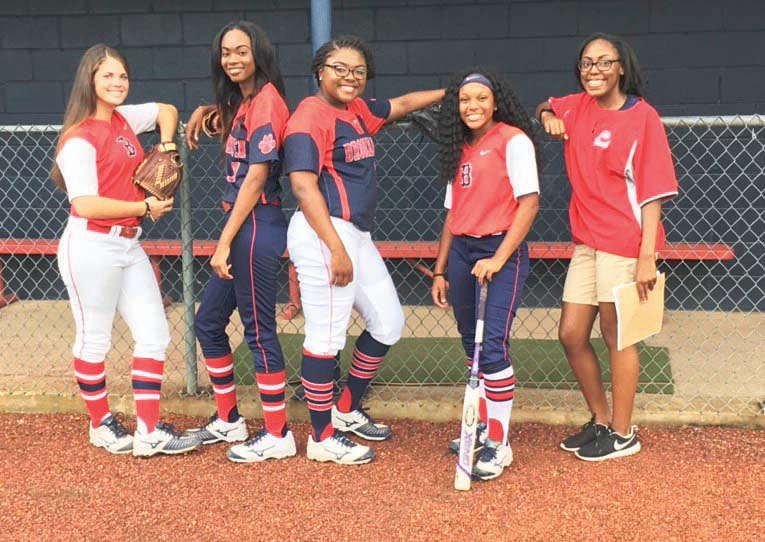 2015 was a good year for the Ole Brook slow-pitch softball team.

They amassed over 20 wins, won the district title and made it to the first round of the playoffs before being ousted in three games  by a formidable opponent in George County.

“We had a good season,” head coach Mandy Vinson said. “We had about 20  or 30 home runs last year, and our defense was really strong. That helped us out a lot.”

Heading into this year, Vinson and the Panthers are well-equipped to duplicate last year’s success. They return seven starters from last year’s district champion.

Looking at their roster, one could be easily deceived by the youth of Ole Brook. Vinson said though they may be young in age, they have plenty of experience on the diamond.

“Our second baseman, Kat Wallace, is a 10th-grader, but she was starting as a seventh-grader,” Vinson said. The Panthers have youngsters in the outfield as well. Freshmen Madi Miller and Kyla Henderson line up at right center field and right field respectively. A considerable amount of talent is on this year’s junior varsity team as well.

“We’ve got our 10 that start,” Vinson said. “But, we still have to find the lineup that works for us.”

“There are a lot of girls on the junior varsity team that could start before the end of the season.”

The Panthers’ youth is counterbalanced well with several veteran starters.

Ole Brooks’ solid senior foursome will be looked to for leadership and clutch production down the stretch.

Headlining the group is left  center fielder and Southwest Community College commit  Tia Bussey. Left fielder Jada Henderson batted over .600 in her 2015 campaign and has the highest batting average of all  players returning from last season’s squad. Macy Ziskin, a senior Franklin County transfer Vinson referred to as a “gritty player who makes big plays,” is the starting shortstop. Ziskin has drawn interest from colleges as well. Rounding out the group is starting pitcher Cheyenne Motley.

Vinson knows her team has the potential to be special in 2016. Thus far, they have a 2-2 record and defeated West Harrison and Hattiesburg in a tournament last weekend. Their losses came against tough competition in the form of George County and Lawrence County.

“We haven’t peaked yet as far as hitting goes,” she said. “We are not consistent on hitting line drives,  but I know it will get better as the season goes on.”

Just as was the case last season, the Panthers’ defense will be solid.

“I feel like our team is very gritty on defense. They are not afraid to dive and get dirty and I like that about us,” the head coach said.

Vinson said her team’s goals for the season are to win a second straight district title, and to contend for a state title.

After seeing their game scheduled for Tuesday cancelled due to the weather, the Panthers will have to wait until Thursday for their next action. Ole Brook will hit the road to face Wingfield.

Wesson to build success on ‘D’