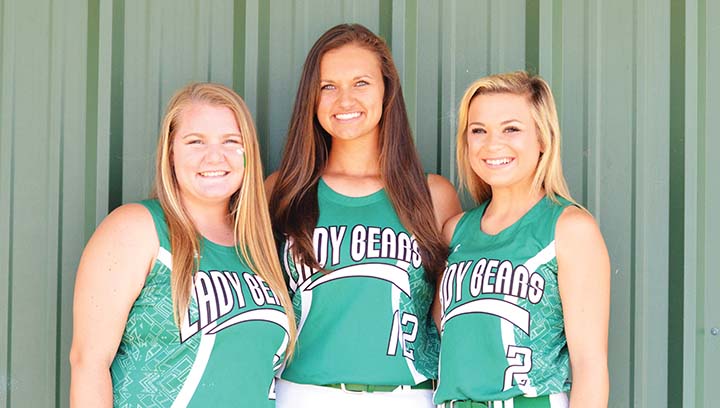 Rebuilding is never easy for a team that is accustomed to winning. It is hard for the fans, coaches and especially the players.

Some programs struggle through it with the thought that better days are on the horizon. The West Lincoln Bears slow-pitch softball team is experiencing a rebuild of sorts, but head coach Andrew Redd is hardly expecting his squad to struggle.

On the contrary, he feels this year’s team has the potential to be just as good as a 2015 team that won 20 games and captured a division title.
The Bears lost seven starters, five of whom were seniors, from that team but said the young players on his roster have made serious strides so far.

“We have young ones that play with passion and who really want to play and that makes up for the experience that we are missing,” Redd said. “A lot of it is getting them to play together as a team.”

That may be the toughest task the Bears face this year, with seven new faces in the starting lineup. A lot of those players, Redd said were playing junior varsity last year and will need time to fully adjust. This year’s squad is the youngest that the West Lincoln skipper has had in his time at the school, but he said he has the utmost confidence in their ability.

“In softball, it is not about age. It’s about putting the bat on the ball and making plays on defense,” the head coach said. “I feel that regardless of our age if we have players that are willing to come together and play as a team we will have a good year.”

Extra hitter and third baseman Anna Brooke Davis, pitcher Makennah Redd and left center fielder Sara Jane Doty are the seniors on this year’s squad. Their experience will be pivotal to the Bears’ success in 2016

“All three of my seniors are priceless,” Redd said. “When they come up to bat I feel like big things are going to happen. They are good ball players and they have come through for us in the big games we have had.”

Sophomores Maddox Redd and Kelsey Freeman will line up at second base and catcher respectively for the Bears. Seventh graders Bailee Goodson and Averi Paden, the team’s youngest starters, will shortstop and first base. Tenth grader Adi Paden will see time at third and first base for the Bears this season.

Redd acknowledged that while there is pressure associated with playing at West Lincoln, he does not expect his team to use that or their youth as an excuse.

“I think we still have a chance to finish deep in the playoffs with these girls. The older players just need to stay positive and keep encouraging the younger ones,” Redd said. “They just have to realize they are going to make mistakes and learn how to grow from it.”