The city of Brookhaven may soon experience changes in the way employees use city-owned technology.

A proposed cyber policy city attorney Joe Fernald distributed at a Board of Aldermen meeting this week cuts down on the way city employees intertwine their professional and personal cyber space lives.

“I have an envelope for everyone to take home and read,” Fernald said. “It discusses a proposed cyber policy and revisions that could be made to the handbook.” 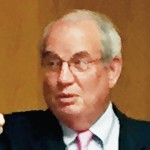 Mayor Joe Cox and Fernald recently traveled to Jackson to speak with representatives of a law firm who deal with cyber policy cases.

“The big problem is that cyber due process, not only for computers, but just about every technological device is changing,” Fernald said.

The goal is to get the city up to date so employees can investigate an issue or respond to a request for public city records more efficiently, Fernald said.

“Everything is discoverable if you use a device for city business,” he said. “We found that out three or four months ago.”

As part of Sunshine Week in March, a nationwide effort to promote dialogue on open government, The Daily Leader requested the public emails of officials in Brookhaven and Lincoln County for the week of Feb. 15-21.

Fernald had a difficult time producing the emails because most of the city officials use personal devices and personal email accounts for city business.

The emails were requested March 16, and state law allows any public body up to seven days to provide any requested public documents.

Fernald verbally requested an additional 10 days at that time to produce the city’s records on March 24 but did not do so in writing as state law requires.

Police Chief Bobby Bell and aldermen Terry Bates, Randy Belcher, Flecher Grice and Mary Wilson do not use emails to conduct municipal business, he said at the time.

“As I told you, your request created a difficult situation since only two of the elected officials had an official email account,” Fernald said in a letter that accompanied the email records. “The remaining 10 officials use their own private or personal email accounts to transact municipal business. Pursuant to the two AG opinions, the governmental unit is required to conduct a search of the personal computer of the remaining elected officials for any emails they may have sent on their private address. Regardless of the fact that you requested emails from an official email address, the absence of an official email address does not limit the inquiry.

“This is where the time delay occurred,” Fernald continued. “I was required to examine all private email records from the remaining individual elected officials to determine the nature of the email and if it pertained to municipal business. The review of the remaining nine email accounts took longer then expected. We went to great pains to determine if the emails were in fact public records.”

Searching everyone’s private emails proved to be difficult, Fernald said. The new proposed cyber policy will prevent employees from using personal accounts for official business, and allow the city to investigate if someone is suspected of using a city computer to publish information about another employee.

“It will do a number of things,” Fernald said. “You need to read it and then we need to discuss it. At this point the subject is privileged, but when it’s adopted the newspaper will get a copy of it.”

The board approved the recommendation of the planning commission to allow a special exemption to the A-1 (agriculture) zoning requirements on the land where The Doll’s House, a rehabilitation center for women, is located.

City building inspector David Fearn explained that Johnnie and Stephanie Turner, The Doll’s House directors, would like to add 11 additional residential-type structures to the property.

“They would like to add 10 two-room cottages onto the property, and then an additional structure for a laundry facility,” Fearn said. “Currently, their one house is pretty full, very full. One of the structures that they’re going to add will be for them to live in.”

All 10 structures will be movable in case the Turners’ decide to end their lease on the property, Fearn said.

“That’s one of the stipulations that the owners had, was that the property could go back to the original one house-type structure,” he said.

• Library board members Henry Ledet and Celeste Carty gave an update on the current Lincoln County Library projects and requested its same budget from last year — $125,000 — from the board.

• Cox announced that E. Cornell Malone Corp., the Old Train Depot contractor, will begin removing the depot’s roof tiles Monday. He said downtown foot traffic could be inconvenienced for several weeks because of their equipment and the construction.

The board went into executive session for the topic of contract negotiation and a potential litigation matter. They took no action on either matter.

Photo submitted/Jamie Sproles, of Brookhaven, one of just 30 students enrolled in the freshman class of the Mississippi Excellence in... read more