A fourth candidate has joined the ranks of those who have declared their intention to run for Brookhaven’s top law enforcement job next year.

The official opening date when a candidate can qualify to run for any city office is Jan. 2.

The Daily Leader sat down with Collins to discuss his credentials for the position and the vision he has for Brookhaven.

Born and raised in Brookhaven, Collins began his tenure of service to his community, state and country straight out of high school by joining the Mississippi National Guard. 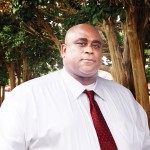 “I got a scholarship to play football for Co-Lin, so I took split training,” Collins said. “I’d play football and go to school and then during the summer go to training.”

After graduating in auto mechanics, Collins became the full-time mechanic at a service station in Brookhaven.

It was through his job as a mechanic that he found out about an opening at the Lincoln County Sheriff’s Office under the late Sheriff George Earls.

“There was a lady that worked there, and her husband was a deputy who worked with George Earls,” Collins said.

Earls was the sheriff for Lincoln County at the time.

“She said, ‘I’ll tell my husband to tell George to hire you.’ And that’s how I got into law enforcement.”

With three years of experience under his belt at the sheriff’s office, Collins moved to the Brookhaven Police Department in the late ‘80s to work under former police chief Fred McKee.

Through his 27 years with the police department, Collins, who currently serves as a lieutenant, said he has developed a vision for his hometown. He hopes to carry it out as Brookhaven’s police chief.

Collins hopes to show love and compassion to every citizen he meets, and wants to teach that way of thinking to each officer who steps into the Brookhaven Police Department.

Laws  are in place in Brookhaven for a reason, and it is up to the police to enforce them. But that does not mean using force is always the right answer, Collins said.

“I want to incorporate the spirit of the law with the letter of the law because if you try to help people then you’re building bonds of trust with them,” he said. “And those bonds can end up helping you down the road.”

As his platform for the 2017 election, Collins hopes to build bonds with the citizens of Brookhaven— young and old — and teach all of the officers how to handle every situation with love and compassion. He would also like to incorporate additional training on how to handle special needs and mentally ill residents.

“In some situations, officers don’t realize they are dealing with someone who could have a disability, and I want them to have the training and common sense to handle it,” he said.

Collins said police work needs to be handled using common sense, and that is one aspect he would like to work on internally.

“I know you can’t always reason with some people and you just have to lock them up, but sometimes if you talk them down you can prevent a scene,” Collins said.

He intends on carrying out each of his goals by working with the people and resources available to him, and by building bonds with those around him.

Lincoln County Circuit Clerk Dustin Bairfield said even though potential candidates cannot qualify until Jan. 2, those already spending money on a campaign must begin to document their spending with the circuit clerk’s office.

Individuals running as an independent do not have to pay the fee, but they do have to gather a qualifying number of signatures from registered voters, which must be submitted to the city clerk’s office before elections. These rules are set by the legislature and are subject to change. Individuals who want to run for a municipal office should contact the City Clerk for more information at 601-833-2362.

With over 3,000 students across three campuses serving seven counties, Copiah-Lincoln Community College relies on funding from a variety of... read more