Shining a light on childhood cancer 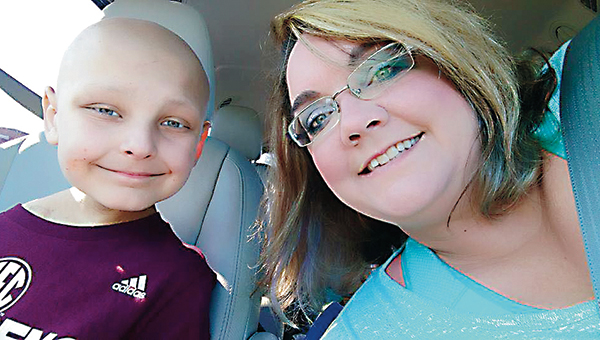 Photos submitted / Josh Sexton (left) and Townes Querin, below, will be honored at the 2016 Crowns for a Cure benefit pageant to be held Oct. 1 at the Lincoln Civic Center.

Once again, Brookhaven and the surrounding community is coming together to help two children in need.

Josh Sexton and Townes Querin, two young boys currently fighting cancer will be the beneficiaries of the second annual Crowns for a Cure benefit pageant. Josh is the 8-year-old son of Alisha and Will Sexton and is being treated for osteosarcoma (a type of bone cancer) at Blair E. Batson Children’s Hospital in Jackson. Townes is the 2-year-old son of Todd and Lindsey Querin and is fighting medullablastoma (a type of brain cancer) at St. Jude Children’s Research Hospital.

Bethany Nations, pageant coordinator, said she learned about Townes through her aunt who works at University of Mississippi Medical Center with his mother. He was at daycare one day and fainted. Soon after, Nations knew she had to help him just like she had Annaliese Cook, the beneficiary of the first pageant. 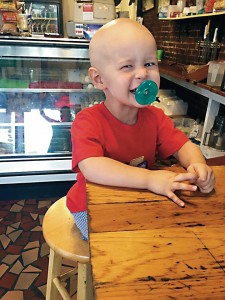 Then, Nations received a call from Annaliese’s mother telling her about Josh, and she made the decision to split the money between the two families.

“I really want to shine light and spread awareness on childhood cancer,” she said. “No child is exempt. You never know when it could be your own.”

Earlier in the year, a barbecue was held that raised $4,000 that was split between the Querins and Sextons, and more is hoped to be raised at the pageant.

Nations said she often hears comments asking about whether the families have a insurance that covers medical bills, but she insists that the fundraiser is about more than that. On the other hand, it is a tool to help raise awareness for all the children battling these life-threatening diseases.

There are many non-medical costs associated with have a child suffering from cancer. The parents have to miss work and with it wages are lost. Travel back and forth to hospitals and doctors adds up, and sometimes a vacation can help a sick child feel better.

“You’re spending time with your son who has a life-threatening illness,” Nations tells the parents.

And when times are uncertain, every memory together counts.

There’s a third benefit that is just as important as the others. The pageant helps show the families support.

“After we gave them the money from the barbecue, you could tell they needed it, needed to see these people were willing to come together and help,” she said. “The whole point of this is to help these parents.”

Over the past year, the passion to help those affected by childhood cancer has been overwhelming for Nations. She’s already looking to raise money for a 7-year-old boy at Blair E. Batson who has had no fundraisers. In the meantime, her brother, Cody Shelton, made a trip to take “happies” to him and another girl battling cancer.

To help make the money stretch further, Crowns for a Cure has had many items donated from the use of the Lincoln Civic Center to the skills of Amy Rhoads Photography to document the night and DJ Super Sounds (Stanley Martin) to keep the music flowing. Also those participating in the pageant can rent a dress from Liz-Beth Pageants with a discount.

And with all signs pointing towards another successful year, Nations is dedicated to making this event a staple for the Brookhaven community. As it continues to grow, she hopes to continue to help more children across the state.

“I saw a quote on Facebook that said ‘You can’t help everyone, but everyone can help someone,’” she said. “If we could all do that we could make difference.”

The pageant will be held on Oct. 1 at the Lincoln Civic Center. To ensure that contestants are included in the program book, Nations said they are taking entry forms through Thursday. The entry fee is $35.

During the event, “Good Luck” tickets will be sold. Those purchased will be entered into a drawing for a 15-inch crown.

Because of logistic issues last year, there will not be a silent auction. However, they will auction a signed Ole Miss football.

Annaliese and the 2016 Queen Mattie Avants will be crowning the winners this year.

For more information, contact Nations at 601-695-6518 or nationsbethany@yahoo.com. or visit 2016 Crowns for a Cure benefit pageant on Facebook.

What could have been the 12th disciple

What leaped at me last Wednesday night when a young man in the church I attended stepped up to testify... read more