An off-duty deputy was working as a civil process server when he was allegedly held at gunpoint by a Brookhaven man he was trying to serve.

Joseph Damico, 63, was arrested on kidnapping charges Friday by the Brookhaven Police Department after the process server filed charges for the incident that occurred on Aug. 25, according to Capt. Clint Earls. 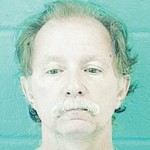 Lincoln County Sheriff Steve Rushing said the deputy was off-duty at the time, working his second job, and the incident was not related to the deputy’s law enforcement duties.

“On Aug. 25, we received a complaint from the off-duty deputy,” Earls said. “He advised us that he was working as a civil process server on his off-duty time. He explained that he went to Damico’s residence on South Church Street to serve him with a civil process.”

“At that time, to defuse the situation, the off-duty deputy explained he was just there to serve a civil process,” Earls said. “Damico then took the papers.”

After the incident, the man filed charges against Damico for kidnapping.

“Anytime you restrict the free range of movement or hold someone against their will, it can be considered kidnapping,” Earls said.

When charges were filed, an arrest warrant was issued for Damico, he said.

“We took him into custody Friday,” Earls said. “When we had him in custody, we ran a search warrant to recover the firearm or firearms. Since then, we have taken some items of evidence and submitted them to the attorney general’s office and the state crime lab. At this time, we cannot say what was recovered.”

Damico is being held on a bond of $150,000 in the Lincoln County Jail. Earls did not know when Damico’s initial Justice Court appearance would be.

Kidnapping is a felony charge and can be punishable up to a life sentence in prison.