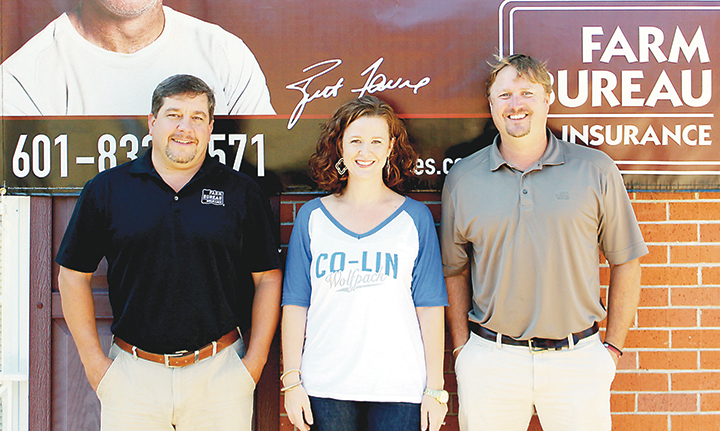 With football season in full swing, alumni across the country set out every Friday to make the trek to their beloved college.

Not only is football season a time to cheer on your favorite team, but it also provides a time for alumni to reconnect.

On Thursday, the Copiah-Lincoln Community College Alumni Association will give former Wolves that opportunity to reminisce at the game between the Wolfpack and the Jones County Junior College Bobcats.

The association and the Lincoln, Lawrence and Copiah counties’ Farm Bureau branches have partnered to sponsor a tailgate party from 5:30 to 7 p.m. outside Stone Stadium.

The event is a new one for the alumni association, and will allow the community to learn more about the association and college, Co-Lin Associate Director of Alumni Affairs Angela Furr said.

“We always have a big tailgate party during homecoming in the center of campus, but with this event, we thought it would be great to offer something for our alumni and friends to enjoy before a Thursday night game,” Furr said. “We’d love to help create more of a tailgating culture at Co-Lin, in addition to what we do prior to our Saturday homecoming game.”

The Farm Bureau agent-led cooking team will serve pulled pork plates at the tailgate party. The cost is $5 per plate, however, paid alumni association members are invited to dine for free. All recent graduates receive a two-year complimentary alumni membership upon their graduation, which will count for this event.

“We wanted to offer another opportunity for alumni and friends to return to campus,” Furr said. “The free meal is another perk of being a member, but we invite all alumni, friends and fans to attend.”

The partnership with Farm Bureau was a natural fit, as several local agents are Co-Lin alumni, Furr said. Lincoln County agent Chuck Owens, a 1993 Co-Lin graduate, jumped at the chance to participate, she said.

“We love being out in the community and serving the public,” Owens said. “Farm Bureau is proud to partner with Co-Lin and our other local schools from elementary on up. We believe in our slogan, ‘Go with the home team.’”

The Co-Lin cheerleaders, mascots and the Blue Wave Show Band will appear at the event, Furr said. Co-Lin t-shirts, hats and other merchandise will be available for purchase at the gate. Admission to the game is $8 for adults, $5 for children and is free to Co-Lin students and faculty with a student or employee ID.

Lincoln County Supervisors Thursday approved an $18.96 million budget with their proposed spending coming in nearly $112,000 less than the... read more