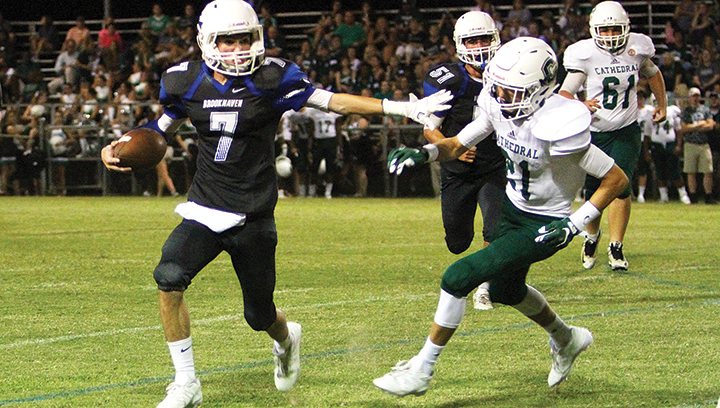 However, ACCS jumped out to an early lead that proved too much Friday night in Brookhaven.

The Cougars’ defense allowed 247 rushing yards, but continued to make plays behind the line of scrimmage. Griffin had two tackles for loss and Kyle Cupit had two sacks. Sophomore Sawyer Bowlin got in on the action tallying four tackles including two for loss. Ben Powe had one fumble recovery and 3.5 tackles.

The Cougars travel to Columbia this week and the homecoming date with Parklane looms on Sept. 30. Reunions of the classes of 1976, ‘86, ‘96 and 2006 will be recognized at a reception and at the game. Kickoff is scheduled for 7 p.m.

File photo/ Michael Brothern and the West Lincoln offense were forced to try and climb out of an early 35-point... read more