Students step back into Victorian era 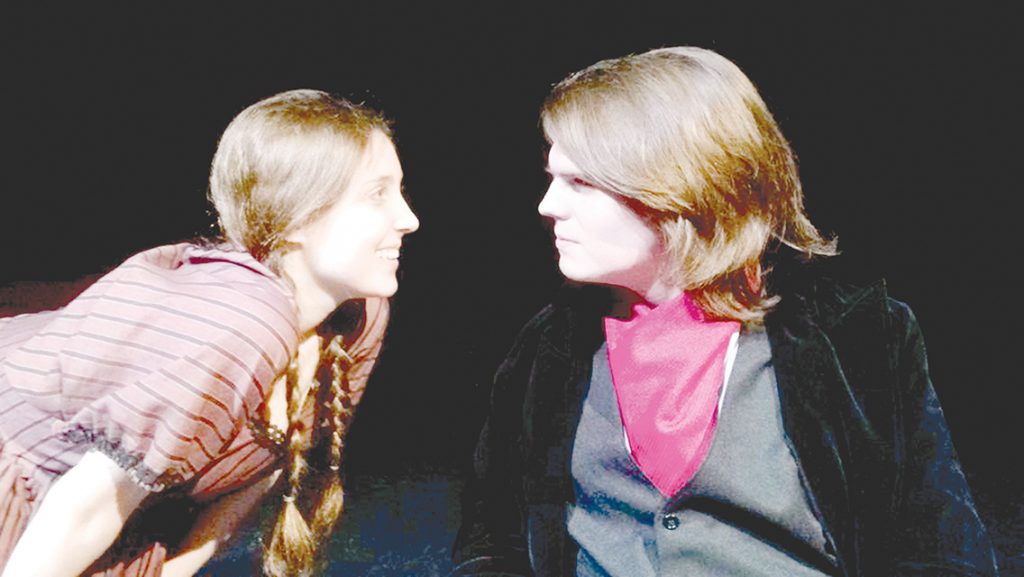 Photo submitted/MSA students prepare for the opening of “Jane Eyre” this week. The show will be performed in the Enochs Black Box Thursday through Saturday.

The Mississippi School of the Arts has crafted a treat for literature fans to enjoy this weekend.

The theatre department will present Charlotte Bronte’s classic novel “Jane Eyre” as an adapted play Thursday through Saturday. All showings are at 7 p.m. Doors open at 6:30 p.m.

“This play serves as the senior show for the school’s theatre students,” Brooks said. “It allows them to present their work to an audience.”

The play provides a unique opportunity for students to develop their craft because it was not originally written to be a play, he said. The students will perform playwright Polly Teale’s adapted version.

“Every play is different,” Brooks said. “We usually do plays that were written to be plays. This was originally a novel. We will perform a novel in two hours.”

The novel has a great depth of information, making it difficult to trim down the story.

To add to that challenge, Brooks said the play has more parts than he has students.

“Some of the students are playing multiple parts,” he said. “They might have three or four parts apiece.”

Despite the challenges the play posed, it has allowed the students to develop as actors.

“They’ve come a long way,” he said. “They’ve developed a lot. I am very proud of where they are. One of the things an actor does, and I try to teach, is don’t be just a person on the stage saying lines. Get into the character and say the lines like you actually believe them. I’m starting to see that happening, and that’s very exciting.”

“The original novel is a great work of literature,” he said. “One philosophy I try to teach my students is you have to start with strong material. I’ve seen a lot of good performances of bad plays. I try to teach them that it’s worth it to put on good plays. You don’t always go for the wow factor. Aside from that, this play has deep characterization. It also the students to develop character, and learn their craft as actors.”

To add to the uniqueness of the performance, the students will be miming for all of their props.

“We haven’t done that before,” he said. “There will be set stage pieces, like furniture and a platform on stage with a door. Props are anything held by the hand.”

After 11 years teaching at MSA, Brooks is glad to finally have a group of students performing “Jane Erye.”

“I saw this play performed by a professional company touring in 2006 at Co-Lin,” he said. “It’s a really interesting adaptation of the novel. I’m glad we are finally doing it.”

The three performances will be held in the Enochs Black Box Theater on the MSA campus. Admission is $5 for adults and $2 for students.

USDA Farm Service Agency ballots to be mailed out…