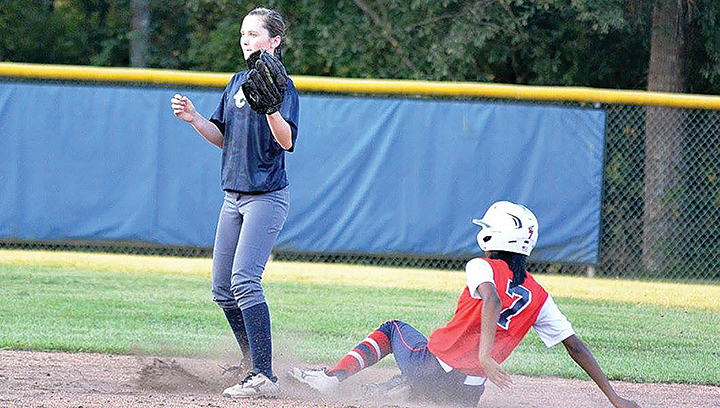 The Bogue Chitto Bobcats and the Brookhaven Panthers traded plenty of hits and errors in their contest Tuesday night.

But, when the dust cleared the Bobcats emerged the victor in a 13-9 win over Ole Brook.

The squads had a combined 13 errors on the night, something Bogue Chitto head coach Scott Leggett attributed to well-hit balls by both lineups.

“Both teams hit some hard shots tonight,” Leggett said. “Our defenses were challenged. Brookhaven is a good team and it is always a good game when we face each other.

The Panthers got hot early on in the contest, jumping out to a four run lead in the top of the first inning. However, the Bobcats would score five runs over the next two innings to take a 5-4 lead.

Both teams tallied two runs in the third inning to put the score at 7-6 in the Bobcats’ favor.

Bogue Chitto would not relinquish their lead for the rest of the contest, as they plated six runs over the next four innings while only allowing three.

The Panthers attempted to mount a comeback, beginning with a three-run burst in the sixth inning. The Bobcats’ defense stood strong in the seventh and  closed out the game without allowing Ole Brook to bring in another run.

Panthers’ head coach Mandy Vinson said she thought her team needed to get back in sync with its defense.

“Bogue Chitto is a good team and capitalized on every mistake we made. We have to make the routine plays and the big plays will come,” Vinson said.

She added that she felt her team had continued to do a good job offensively, but said they must learn to combine that success with defensive success.

“I know we will bounce back,” she said. “ I have a lot of faith in our girls and I know we will work hard and get back on the right path.”

The Bobcats’ bats were paced by Baileigh Jackson and Lineka Newsom, who each had a double and a single.

Julianna Frazier, Codi Leggett, Karly Leake and Terrah Nelson all hit two singles. The Panthers (13-6) will head to Murrah Thursday for a double header at 5 p.m. Bogue Chitto (10-6) hits the road for a date with the Franklin County Bulldogs Thursday at 5 p.m.

Riley Smith went 3-for-3 in the game with three singles. Sabria Green added a single and a home run, while freshman  Anna Claire Crow contributed a single and a double.  Arie Douglas and Nikki Guess hit two singles each.

The Cobras play  on the road against North Pike Thursday beginning at 5 p.m.