Sidewalk gets OK after two teens hit by car 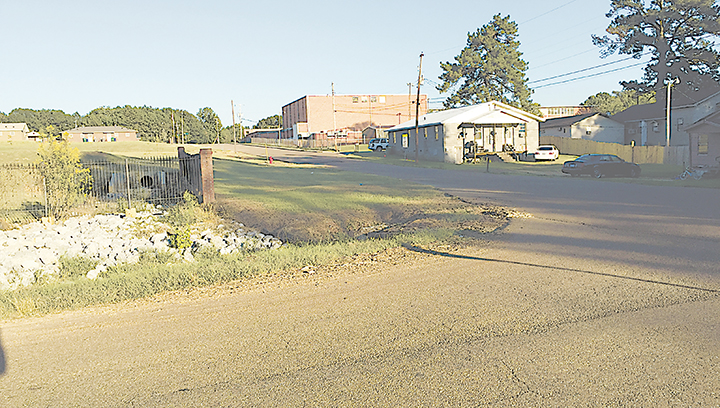 Photo by Alex Jacks/The Brookhaven Board of Aldermen approved the installation of a sidewalk on Turner Street from Rogers Street to Cohen Street after two teenagers were hit by a car walking to school recently.

The Brookhaven Board of Aldermen took a step in the right direction to ensure the safety of students walking to Alexander Junior High.

At its meeting Tuesday, the board approved the motion to allow Public Works Director Keith Lewis to bid out a job to install sidewalks on Turner Street from Rogers Street to Cohen Street.

The need for the sidewalks became apparent last week when two teenagers were hit by a car while walking to school.

Authorities were called to the accident at approximately 7:30 a.m. Friday.

Police Chief Bobby Bell said at the meeting Tuesday that both teenagers were in good, stable condition.

“The kids were walking to school, the driver did not see them and hit them,” Bell said.

Since the accident, the community has had a lot of concern about getting a sidewalk put in on the busy street, Lewis said.

“The kids were walking in the road because you’ve got a drainage ditch on one side, then a chain link fence, and a high bank on the other,” he said.

“There is no other place to walk but in the street,” Mayor Joe Cox added.

“That could fluctuate a little, depending on the contractor,” he said. “I’ve kind of got it broken down. It’s 680-feet-long and five-foot-wide. We’ve got one major ditch there we’re going to have to add some pipe to and several well boxes will have to be moved. We also have to get easements from everyone through there.”

The board unanimously approved the installation of the sidewalks.

Bell voiced his concerns to the board about residents wearing clown outfits during Halloween.

“I have some concerns,” he said. “My concern is about Halloween, and the clown thing. I want to see if you would encourage the community not to dress their kids up as clowns, and not to buy clown outfits this year. We have so much going on, and we have so many kids around here that’s already afraid of the clowns, we don’t want to add to it.”

• The board approved the Mississippi Department of Transportation’s offer to provide 5 percent of the city’s match for the 2016 FAA project.

• The board approved the second payment of $58,971.25 to Malone Corporation for the Old Train Depot roof.

Action taken following an executive session of the Lincoln County School Board this week could allow hourly employees to also... read more