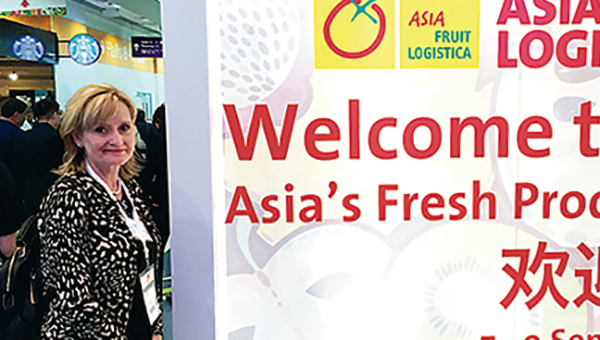 Americans  — especially cattlemen and ranchers across the county, state and country — are cheering with hopes of finally having a stable beef market after a 13-year slump.

Brookhaven native and Mississippi’s Agricultural Commissioner Cindy Hyde-Smith, along with 30 other American agricultural officials, recently traveled to China for 10 days to speak to dignitaries about the Chinese import ban on American beef and poultry.

The goal of the official United States trade mission was to try to convince China to lift its import ban on American beef — banned in 2003 after the bovine spongiform encephalopathy (mad cow disease) outbreak — and poultry — banned last year after the avian influenza outbreak, Hyde-Smith said.

Bovine spongiform encephalopathy is a progressive neurological disorder caused from infection through a prion, a transmissible agent, in the brain of cattle, according to the Centers for Disease Control and Prevention.

“Avian influenza refers to the disease caused by an infection of birds with avian influenza Type A viruses. These viruses occur naturally among wild aquatic birds worldwide and can infect domestic poultry and other bird and animal species. Avian flu viruses do not normally infect humans. However, sporadic human infections with avian flu viruses have occurred,” the CDC said.

“The only reason I went is to advocate for the beef and poultry industry in Mississippi and the United States,” she said. “Sanderson Farms, a Mississippi-based company, is losing $5 million a month because of the ban. I just felt like it was part of my job to go and do everything I can do to expand the market.”

Hyde-Smith’s first stop in China took her to Hong Kong, where she spent time learning about the country’s trade process.

“We went to the port of Hong Kong to actually experience the process. We saw how the vessels were unloaded and what shipments were actually coming in. Their organization and work ethic was pretty fascinating. It had a rhyme, reason and purpose.”

From there, she traveled to Beijing, where most of the country’s government offices are located, and then to Shanghai.

“We toured a lot of the open-air markets in both cities,” Hyde-Smith said. “The sanitation of them concerned me. We saw the extremes on each side — how the very rich live and how the extremely poor live.”

While on the mainland, Hyde-Smith and the other United States agricultural officials had several meetings.

“We were warned prior to our negotiations (by United States personnel) that it might not be wise to bring up the import ban,” she said. “When you get into those meetings with high agricultural officials, you have to be very careful. If they know you want something out of them they’ll say, ‘OK, we’ll buy your beef, or we’ll buy your poultry, but you’re going to buy this from us or the duty (tariff) may increase by 200 percent.”

Despite being given this warning, Hyde-Smith jumped right in when she was given the chance to speak.

“We were sitting in this large room in Hong Kong,” she said. “There were probably 50, 60 people sitting around the table, and they called my name and said, ‘We want to hear from Mississippi Commissioner Cindy Hyde-Smith. What is the purpose of your visit?’ My light lit up and my microphone was live.”

And that is exactly what she did. She explained the benefits of the premium products the United States produces everyday and why China would benefit from lifting the import ban.

“I told them, ‘The United States produces the best beef and poultry in the entire world, and you have an opportunity to benefit from its quality. You want what we have. We have a premium product. We’re good people. We’re here. We work hard. We’re trying to do the right thing. Let’s see if we can make a deal here.’”

The conversation lasted a while due to the hours of preparation Hyde-Smith and her staff completed during the weeks leading up to the trip.

“We were perfectly prepared to carry the torch, so it lasted a while,” she said.

A week following Hyde-Smith’s return from the trip, the United States Department of Agriculture notified her that China agreed to lift its import ban on American beef.

“They officially lifted the ban seven days after I returned,” she said. “Honestly, the news is still a little surreal to me. When I got the call that they agreed to lift the ban I still had jet lag. All I could think was, ‘It happened. It actually happened.’”

Hyde-Smith said even though the ban lifted after her trip, she cannot take credit for the result.

“There are hundreds of people who have been working tirelessly for 13 years to make this happen. Everyone — the cattlemen’s association, Farm Bureau, everyone — is sharing in the excitement.”

Officials from the Obama administration, including Barack Obama himself, have traveled to China to meet with the same government dignitaries Hyde-Smith did in a effort to lift the ban.

“This is a huge step for the United States and Mississippi,” Hyde-Smith said. “We are in such a better position now.”

It will take a while before cattlemen, ranchers and beef consumers see a difference in the market, she said.

“China is still giving us their stipulations on what they will buy. They will not buy any products over 30 months old — meaning any beef slaughtered more than 30 months ago. There are a few other stipulations the USDA is working out with them.”

Hyde-Smith predicts a more stable United States market will be the outcome of the lifted beef import ban.

“I’m afraid beef prices may increase for the consumer here, but it will balance out the rest of the market,” she said. “If there is no profit in beef, no one is going to raise it. The last thing we want is any reduction in food production, especially in Mississippi. After 13 years, Lincoln County and Mississippi farmers will have a reliable source to buy our beef. When farmers and ranchers do well, the whole economy does well.”

Reactions from local farmers and ranchers have been extremely positive since the news was released, with Lincoln County cattlemen knowing this agreement will benefit them tremendously, she said.

“I’ve gotten the best comments, emails and thank yous from so many Mississippians, especially in Lincoln County. It was a surreal moment after the last 13 years,” she said.

Even with the excitement of a 13-year ban lifted and the promise of a stable beef market, Hyde-Smith said there is still work to be done to lift the poultry import ban.

“They’re still not buying our poultry,” she said. “It’s been about a year. They say it’s because of the Avian Influenza. We only had a handful of cases. They banned our poultry when the first wild bird in Oregon tested positive. It wasn’t even detected in a domestic flock when they banned it.”

According to the Mississippi State University poultry science department, Mississippi was ranked as the fourth largest broiler-producing state in the United States in 2010, producing 757 million chickens annually.

“Our plan right now is to continue diligently to negotiate to try to get China to lift the ban on poultry,” Hyde-Smith said.