Bassfield coasts to 55-12 win over Jackets 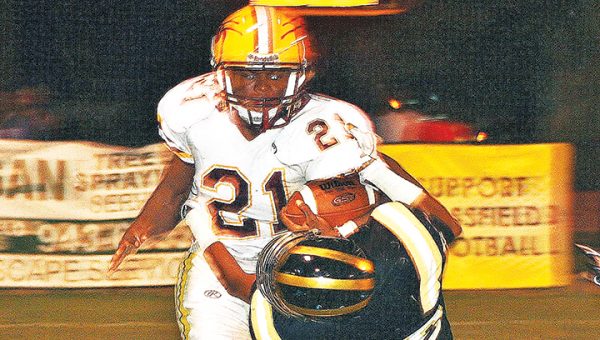 The 2A defending champion Bassfield Yellow jackets’ size and strength was too much for the visiting Enterprise Yellow Jackets to handle Friday night.

They started the game on an offensive tear, scoring 48 points in the first half and cruising to a 55-12 victory on their home field.

The first half of the game was dominated by Bassfield’s strong running game, with senior quarterback Cason Sims at the lead and running backs Ron Thompson, Christopher Thompson and Malik Sims helping carry the load as well. The Enterprise defense struggled to keep them out of the end zone time and time again.

In the second half, Enterprise came out determined to stop the shutout.

On a short pass attempt into the end zone by Bassfield, YellowJackets’ senior Cody Leggett made a surprising interception and charged 92 yards downfield to put Enterprise on the board late in the fourth quarter.

Within minutes of the first score, Darren Richardson broke loose for a 75-yard touchdown run.

The Yellow Jackets failed to convert both two point attempts to post the game’s final score of 55-12.

Gabe Haggard led all tacklers for the Yellow Jackets with five for the night. Tailor Young followed closely behind with three tackles.

Lance Mancuso, head coach for the Bassfield Yellow Jackets, commended Enterprise for never giving up and playing hard until the end.

“They came in scoring late in the game when they could have just quit. They need to build on that,” he said.

Enterprise head coach Brooks Burns said he knew it was going to be a hard game, as Bassfield is revered as one of the best teams in all of class 2A football.

“There were too many mistakes and turnovers  hurt us, but I thought we played better in the second half,” Burns said.

Now, 0-2 in league play, the YellowJackets will set their sights on county rival Loyd Star Friday. Kickoff is set for 7 p.m. at Harry Cole Field.

Tillman, Indians too much for Franklin Co.

Photo by Anthony McDougle/Hazlehurst’s Jaquaveon Tillman is congratulated by lineman Demetrius Swilley after reeling in a touchdown pass late in... read more