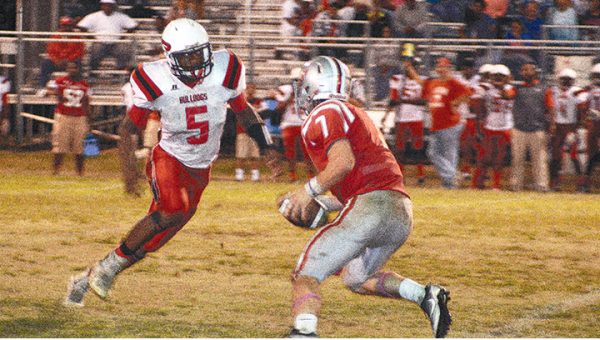 The Prentiss Bulldogs (6-2 overall, 2-0 district) have flaunted a solid offense to this point of the season.

However, their defense proved its mettle Friday night as well, as the Bulldogs defeated Loyd Star (2-6 overall, 0-2 district) 48-16 in district play.

The Bulldogs were able to hold Parker Flowers, James Beard and an explosive Hornets’ offense to only 130 total yards on Loyd Star’s field.

The Hornets fell behind big early in the game and were down 28-0.

Beard scored their first touchdown on a 47-yard pass from Flowers to make it a 28-6 game after the failed two-point attempt. The Hornets would not score again until the third quarter when Flowers found Michael Harvey for his second touchdown throw of the night.

Their final points of the night came from a 37-yard field goal by Clayton Brown.

Head coach Adam Cook could not be reached for a comment after the district loss.

The Hornets will head to Enterprise Friday hoping to get their first district win of the season. Kickoff is set for 7 p.m.