No one injured in Wesson train, car accident 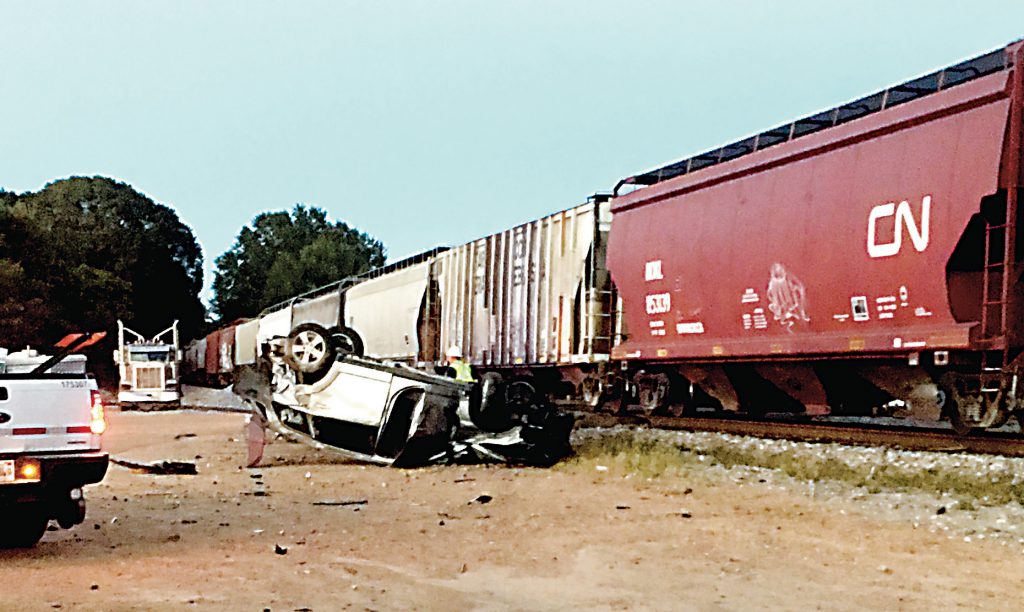 Photo submitted/No injuries were reported in a vehicle, train accident that occurred on the Spring Street railroad crossing in Wesson Sunday.

No one was injured in an accident earlier this week when a train hit a car in Wesson, authorities said.

Officers with the Wesson Police Department responded to the accident around 6 p.m. Sunday. It happened at the railroad crossing on Spring Street, near Dollar General.

Wesson police officer Mike Stogner said the driver got out of the vehicle before the train struck it.

The accident caused damage to the vehicle and train signals, he said. The accident is still under investigation.