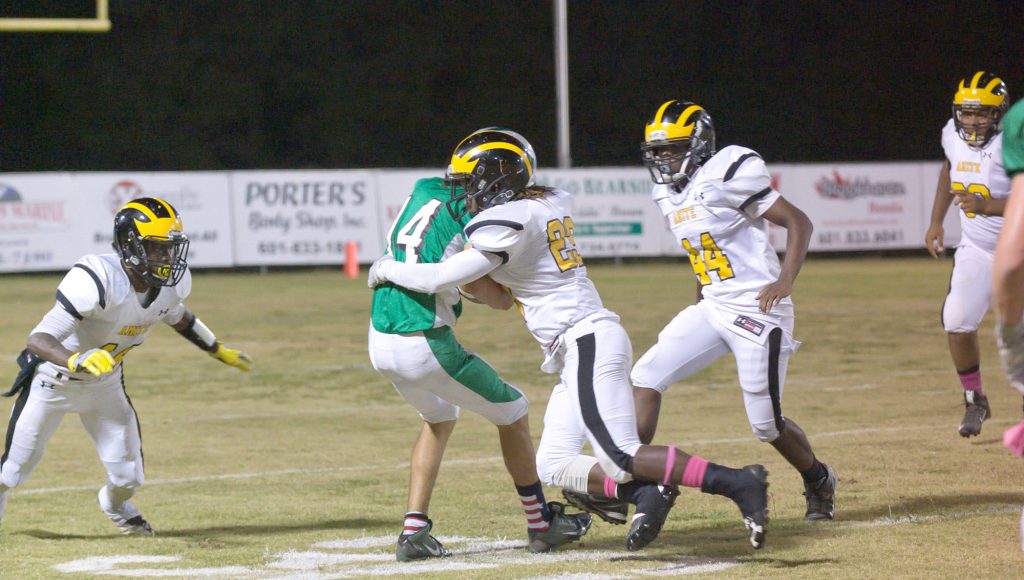 There’s nothing in high school football like rivalry Friday.

This week, one of the oldest rivalries in the area will see yet another installment as Enterprise and Loyd Star face off in the annual Sting Bowl.

Elsewhere, Brookhaven and Bogue Chitto will face two of the best teams in the state in Laurel and Lumberton. Some teams are in search of their first marquee win of the season, while others are hoping to earn their first district victory.

Based on performances from last week, here is what each team will likely be working on to earn a win Friday.

The Panthers earned their second win of the season in district play with a shutout over Provine. The Rams were a decent running team, but their starting quarterback was inaccurate down the stretch.

This week Ole Brook will be facing a much more capable signal caller in Laurel’s Tyquan Ulmer.

Ulmer has 1,412 passing yards and 378 rushing on the season for 21 total touchdowns. The Tornadoes are a well-rounded offense that is sure to implement its many weapons.

Naturally, the Panthers will have to stop a stout run game, but the key will be solid secondary play. If Laurel is able to get over the top of Jemaurian Jones and the rest of the defensive backs, it may be a long day.

Sting Bowl: Tale of the trenches

In this year’s Sting Bowl, Loyd Star and Enterprise will be in search of their first district wins. Both teams have emphasized a run game, but the Hornets are far from afraid to take to the air.

That may give them an edge, as the Yellow Jackets have been exposed in the secondary a bit in the past few weeks. Still, with the high volume of running from both teams the game will come down to the battle of the trenches.

The defensive line that establishes itself first in this one will make the difference for its team in a traditional rivalry.

Mount Olive, Loyd Star and Enterprise all were able to have their way against the Bobcats in the run game for the most part. Friday poses a huge test for the Bobcats as they face district foe Lumberton (5-2).

The Panthers’ Dre Coleman has already rushed for 994 yards and eight touchdowns, so he is sure to cause problems for the Bobcats as he goes for his sixth 100-yard rushing game of the season.

Lumberton also has tallied close to 900 yards through the air, so they are from a one-trick horse.

It all starts with a potent run game, though, and if the Panthers are able to get that asset of their game going, then it could be a long night for Bogue Chitto.

The Bears have had trouble stopping much of anyone this year. In their past two games, they have allowed over 50 points. This week, they will face another district foe with a formidable offense in the Prentiss Bulldogs.

To have a chance to prevent the Bulldogs from running wild, it will take a concerted effort from the Bears’ entire defense. Prentiss quarterback Jalen Madison and Ronald Baker are a deadly duo, and will give West Lincoln all they can handle Friday.

To begin the season, Wesson impressed me with their offense. However, in the past three games, they have struggled to score more than 21 points.

The Cobras are more than capable of beating Jefferson County, but to do so they must put points on the scoreboard.

The Tigers put up 30 points on a Port Gibson team that beat Wesson by 21, so fans could be in for a shootout Friday night.

Bassfield coasts to 55-12 win over Jackets