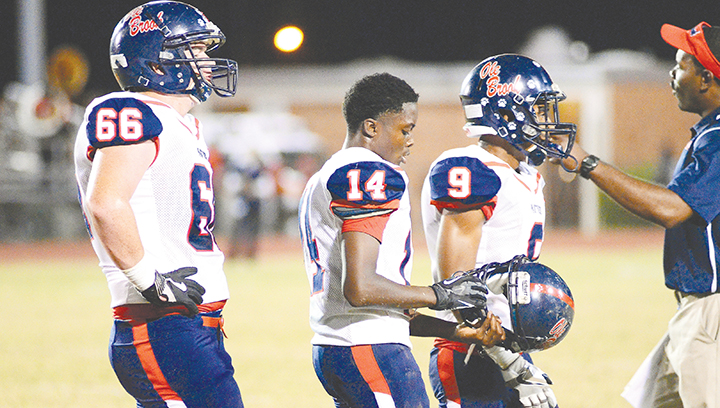 The Brookhaven Panthers have faced their share of  formidable opponents this season.

First it was Northwest Rankin, then South Jones, then  Wayne County, last year’s 5A state champion. All were worthy opponents, but none of those games carried the weight that tonight’s contest against the Laurel Tornadoes does.

There are many reasons that argument can be made. For starters, Northwest Rankin is not in 5A. The South Jones game was early on in the season, with the contest against the War Eagles immediately following.

But when Ole Brook takes the field to face the Tornadoes, they will be playing for a lot more.

With two wins in the district already, a win in this game would catapult the Panthers near the top of their district.

It also carries implications for playoff seeding. The Panthers are currently tied for second with Provine and South Jones, two teams they have already conquered this year.

A victory could virtually guarantee that they finish second in the district should they win out, while a loss could move them to third or fourth.

“They know Laurel and Wayne County are the teams to beat in this district,” Clopton said. “We have a big game and a big challenge ahead of us. I think it’s a good implication of where we are and what we have to do.”

If the Panthers hope to beat the Tornadoes, it will begin with a solid effort from their defense.

Quarterback Tyquan Ulmer and his favorite target, Dontario Drummond, have given opposing secondaries fits so far this season. Ulmer has 1,412 passing yards with 18 touchdowns. Eight of those scores have gone to Drummond, who also has close to 700 receiving yards.

Because of the deadly tandem, Clopton said a lot of pressure will be on the Ole Brook secondary. The head coach said it is important that his defensive backs be physical with Laurel’s receivers in the game.

“They are most dangerous when the play breaks down. The receivers do a good job of coming back to the quarterback. If our secondary wins, then that will put us in the best position to win,” he said.

Any pressure that avoids the secondary will fall squarely on the shoulders of freshman quarterback Byrion Robinson.

The youngster is making his first start at the position after Sevante Quinn suffered a season-ending ACL injury last week against Provine. However, after Robinson’s solid performance against the Rams, Clopton said he is confident in the freshman’s ability to lead the team.

“He’s handled everything very well and led our team. As the week has gone on, their confidence has grown in him. They  know he is going to give them all he has,” Clopton said.

Wolves look to rebound at No. 15 Holmes