Playoff picture getting clearer for teams 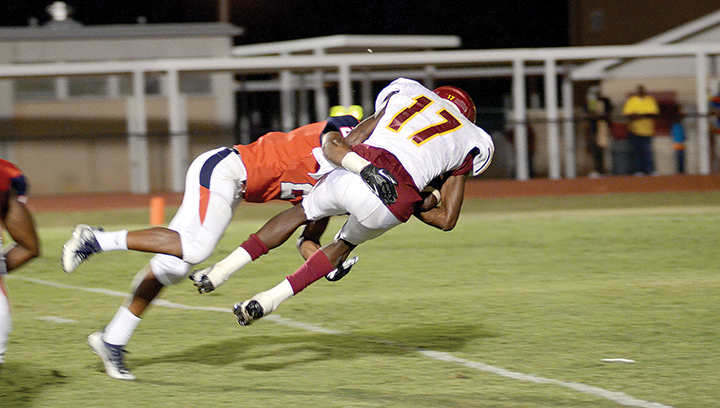 One of my best weeks picking the games in the area ended up being bittersweet.

Only one of the teams I picked to win was unable to get the job done, but that also means that several of the area schools lost a game they needed desperately to keep their playoff hopes alive.

The Ole Brook Panthers seemed to be right in the mix with the Laurel Tornadoes, a team that is beginning to look like the cream of the crop in Region 3 of 5A football.

The second half proved to be the difference, as Laurel was able to find holes in the Panthers’ secondary en route to 41 points and a district victory. I still believe the Panthers will make noise in the playoffs, but to do so they will need to win the remainder of their games against West Jones, Natchez and Wingfield.

Of those three teams, Natchez will throw the ball the most but Wingfield has one of the best athletes in quarterback La’andre Thomas. The road is tough sure enough, but I expect them to finish the three-game stretch unbeaten.

On the flip side, Loyd Star was able to get a huge win and keep their postseason aspiration hopes realistic with a dominant 42-point win over the Enterprise Yellow Jackets.

The Hornets and the Jackets will both need to win the remainder of their games to keep their season going into November, but the victory gives Loyd Star the easier path.

They will face West Lincoln and Bassfield in their final two games, while the Yellow Jackets have the Bears and Amite County remaining on the schedule.

About 15 or 20 minutes north of Lincoln County, two of their three competing teams are locks for the playoffs. However, the third, the Wesson Cobras, are on the outside looking in. With losses at Jefferson County and Port Gibson the past two weeks, the Cobras may have missed their best shot at district victories.

They have games against athletic Franklin County and Wilkinson County teams that are virtually playoff games, but even with wins in those contests they would need help from other teams in the district.

The situation is the same for West Lincoln and Bogue Chitto. Both of them have yet to earn a “W’ in region play, but the Bobcats easily have the toughest route.

Photo by Tracy Fischer/ A host of Wesson defenders attempt to bring down a Jefferson County ball carrier in a... read more