Celebrating a legacy of service 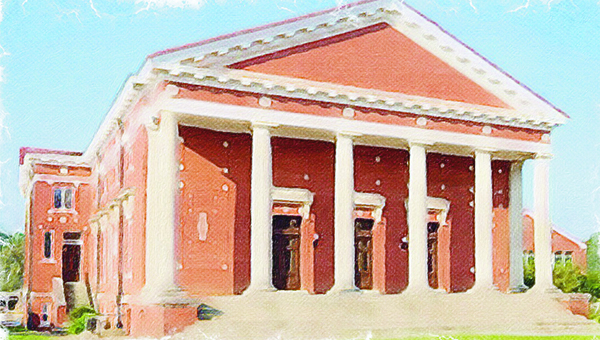 Photo submitted / A watercolor of the current First United Methodist Church building. The church will be celebrating the 100th anniversary of the laying of the cornerstone Dec. 11.

Top-notch architecture and rich history have meshed together around churches for hundreds of years, and the First United Methodist Church is no exception.

On Dec. 11, members, both present and past, will be celebrating both at the 100th anniversary of the laying of the cornerstone, which took place on Dec. 12, 1916. The celebration will include a service at 10:30 a.m. in the sanctuary followed by a luncheon in the Ministry Center.

The committee in charge of the 100th anniversary has tasked itself with completing a comprehensive history book of the church and church building that covers a variety of subjects.

“It’s not just about the building,” Suzanne Britt, committee member, said. “It’s celebrating the congregation that came before us.”

The book will be available for sale at the celebration.

“This book has turned into a labor of love for the committee working on it,” she said. “It’s not just our story; our story parallels the City of Brookhaven.” 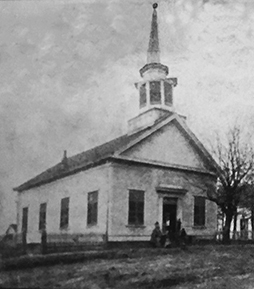 Photo courtesy of the Lincoln-Lawrence-Franklin Public Library / The first methodist church building cost $3,000 and was build by Thomas Lewis from hand-dressed lumber from Milton Whitworth’s sawmill.

The first designated Methodist church building in Brookhaven was built in March 1858 on land donated by Milton J. Whitworth on the current Mississippi School of the Arts campus.

As the congregation grew, a second Methodist church building in Brookhaven was completed in 1904. Despite being a large, modern structure, the implementation of a Sunday school program soon put a strain on the facilities. That’s when the current site was obtained. It was formally dedicated on March 16, 1924, when all the loans against the building were repaid.

The main auditorium of the church can easily accommodate 1,200 people. Additional space was planned through the use of additional classroom and office spaces along the back and sides, which could be opened by via glass doors. The floors slope, so that all attendants can see the altar area from anywhere in the sanctuary.

Although the church hasn’t moved since, it hasn’t been without its fair share of improvements. In 1927, the church purchased a Muller pipe organ, which is now the oldest continuously-used pipe organ in Brookhaven.

Then in 1952, the church expanded by adding the education building annex, which added needed classroom space and a small chapel. 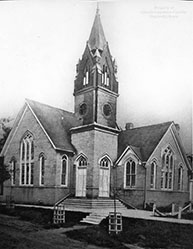 Photo courtesy of the Lincoln-Lawrence-Franklin Public Library / When the congregation outgrew the first building, a second was built in 1903 for $12,000. J.D. Tedford was the contractor and builder.

The baptismal font was added and dedicated to the memory of Amanda Sims Boswell, a beloved Brookhaven matriarch who died in 1920, at the age of 102.

“When she died, the entire town shut down for her funeral,” Britt said.

Aside from these handful of changes, there have not been many modifications made.

“It is very unique; it has not been significantly altered,” she said. “The pews and stained glass are original.”

In fact in 1999, steps were made to return the building closer to its original design by revealing covered windows.

Just as the building has seen few changes, the congregation remains heading in the same direction, with an emphasis on a family-oriented environment and a dedication to missions.

“As we’ve talked to everyone, the word everyone keeps using is family,” Britt said. “You’re not part of the church member; you’re part of the family.”

Phyllis Spearman holds a special honor as holding the longest-running membership. Britt said she was added to the “cradle roll” as an infant in 1925, and her family’s roots go even further back.

Her great-grandfather, Harvey F. Johnson, was pastor of the church from 1869 to 1871 and was also president of Whitworth College from 1879 to 1880. He is also who the Johnson Institute is named after.

Her grandfather, Samuel Evans Moreton, was on the building committee of the current building, and he donated the large “Lord’s Supper” mural in memory of her grandmother, Zula Perkins Moreton.

The church’s missions include Operation Christmas Child, Blessings in a Backpack (a program that provides food for needy children for the weekend), mission trips to Honduras and a Boy Scouts of America troop.

“The Boy Scouts at our church predates Boy Scouts of America,” Britt said.

These sentiments are shared with the national Methodist church, whose slogan is “Open hearts. Open minds. Open doors.”

“We try to live by that creed,” she said.

The church will be celebrating once again in June on the 100th anniversary of the first service held in the church. Britt said that event will be more family oriented with dinner on the grounds.

“We’re saying we’re still going forward,” she said. “We’re not the biggest, but we’ve been here along time, and I don’t think we’re going anywhere.”

The call on the field has been reversed

Like most of you, Thanksgiving Day was a continued tradition of turkey and dressing and a lot of football with... read more