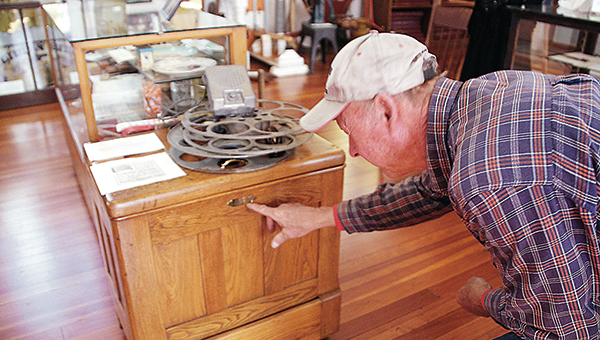 When it comes to finding antiques, brothers Carroll and Harrell Montgomery are the best go-“two” guys in Brookhaven.

The identical twins have been “picking” since the 1970s, and pride themselves on the Brookhaven treasures they’ve found from all over the country. They’ve uncovered promotional items from nooks and crannies and internet grannies. The Montgomery men have a knack for finding Brookhaven collectibles — in junkyards, flea markets and online.

And they know they’re not the only ones. Others in the area have that same passion for picking, and the brothers would like to see some of their treasure-seeking friends chosen for a reality show that showcases America’s antiques.

The History Channel’s documentary series “American Pickers” is set to film in Mississippi and producers are looking for people with interesting stories and unique items to feature.

Despite their large collection, Carroll and Harrell Montgomery don’t plan to send in an application. “If it had been five years ago, then we for sure would have applied,” Carroll said.

“They are coming to buy and all of our non-Brookhaven related stuff has been sold,” Harrell added. “But we still encourage people around here to apply.”

The Montgomerys didn’t plan to become antique dealers when they started out. They were surveyors.

“We used to do survey work and it was all around the county,” Carroll said.

While out working one day, they discovered a dump — a picker’s paradise — on an abandoned road and found a bunch of Brookhaven Coke bottles there. “That’s how we got started picking up bottles,” he said. “We would pick up any bottles that had to do with Brookhaven.”

After a few years, they ventured out to include anything with a Brookhaven connection for their collection.

“From there, we started going to yard sales, rummage sales, estate sales, and finding anything to do with Brookhaven,” Carroll said. “It wasn’t long that people in the area knew that we loved the Brookhaven stuff, so they would call and tell us that they have something. We got a good bit of stuff that way.”

Later, they started searching the internet for deals and hitting flea markets whenever they’d travel.

The twins, along with two of their best friends, scavenged the country on the weekends for many years in search of unique antiques.

Besides hitting the local sales, the brothers have hunted for treasures in Texas, Tennessee and even Oregon. They’ve survived the World’s Longest Yard Sale, which stretches 690 miles from Wisconsin to Alabama, though they didn’t hit all 1,900 vendors. “We’ve been all over the country,” Harrell said.

While traveling, the twins searched for old country store items like signs and goods, along with post cards and glass bottles. In the last decade, though, they have turned their focus to mostly collecting Brookhaven antiques.

“Ninety percent of our picking now is mainly looking for Brookhaven items though,” Carroll said.

The men’s interest in Brookhaven antiques piqued as they became more involved with the Lincoln County Historical and Genealogical Museum and their desire to fill it with relevant items.

“We were born and raised here,” Harrell said. “We’ve always been involved in the museum and wanted to help out.”

Since they had items stored in several places, they figured they could gather it in one spot so others could enjoy it, too.

“We thought about putting just a private museum in our grandmother’s house — right next to where I live — but this building (B’Nai Sholom Jewish Temple) became available, and we was able to get it,” Carroll said.

Some of the most notable items the Montgomery twins have collected over the years include the original cash register and clock that were once fixtures in the old Inez Hotel — which is now an apartment building — and more than 200 post cards of Brookhaven scenes, an original ice box made in Brookhaven and a McGrath Department Store sign.

If you have a large collection or want to refer someone to the show, email your name, number, address and description of the collection and photos to americanpickers@cineflix.com or call 855-old-rust.

There’s only one week left to make a contribution that could put food on the table for several Lincoln County... read more