One of Brookhaven’s most popular lunch spots will return with a Christmas twist this Thursday.

“Christmas Music and Art at Trinity Park” will be open for the community to enjoy at noon. Local vocal music teacher Ashley Dunaway Jackson is set to perform a variety of Christmas tunes during the lunch hour. 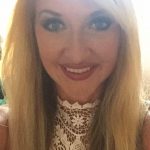 “I love Christmas music,” Jackson said. “I just did a Christmas show with my voice students and thought it would be fun to do one in Trinity Park, since I go to church (at Episcopal Church of the Redeemer).”

Jackson decided to continue the “Music and Art at Trinity Park” theme for the Christmas performance due to the success the artist showcase had in April and October.

Local musician Shaw Furlow formed the idea of “Music and Art at Trinity Park” after working with local musicians and community members.

“The bottom line is, for the last four or five years, we’ve been trying to build a music and art scene in this town,” Furlow said, previously. “Through help from different musicians and locals, we’ve developed a pretty good music scene.”

“We have worked our butts off to build this music scene,” he said. “Four, five years ago that would have never happened. Other towns have events like this, and we’re just trying to build a music scene to get people interested. We’ve got a great theater group in town, artists and musicians. We just want to give them a place to play.”

The Christmas version of the showcase will take place at Trinity Park, a rarely-used venue, which is connected to the Church of the Redeemer on 224 West Monticello St.

The event is a way for community members to take a break from work, sit around and listen to music and eat their lunch, Furlow said.

Jackson is working to get a local restaurant to cater soup and hot chocolate for the performance Thursday.

“I hope it gives people something fun to do for Christmas,” she said.

A river runs through it