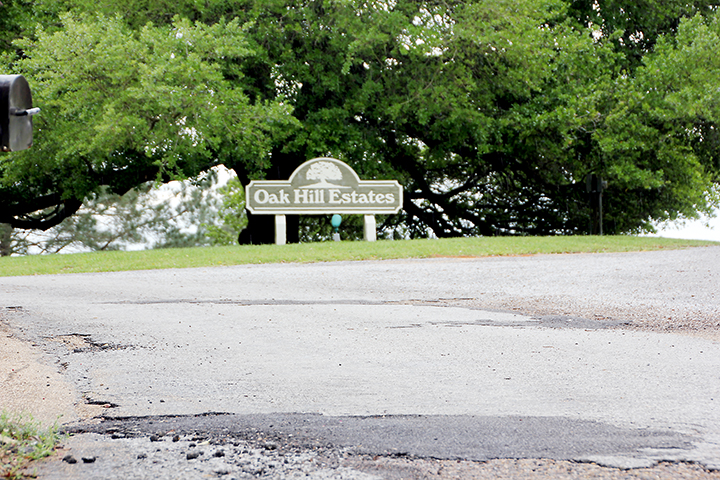 Photo by Alex Jacks/The Brookhaven Board of Aldermen called a special work session last week to discuss the paving and dedication of the roads and the installation of water lines in Oak Hill Estates with the residents of the subdivision.

Little progress was made this past week when a group of angry homeowners came before the Brookhaven Board of Aldermen at a called work session to discuss the lousy condition of their roads.

All of the approximately 20 families who live in Oak Hill Estates were represented in the work session, which was called to discuss the ownership of the roads in the subdivision and the lack of city water and lines.

All seven aldermen except for Ward 4 Alderman Shirley Estes, who represents the citizens of Oak Hill Estates, were present for the meeting. Ward 6 Alderman David Phillips removed himself from the work session prior to its start because his brother and business partner lives in Oak Hill.

Mayor Joe Cox said the meeting was called at the request of Kevin Laird, president of Oak Hill Estates’ homeowners’ association, so he and other homeowners could meet with the board concerning the paving and dedication of the roads and the installation of water lines in the subdivision.

No action can be taken at a work session, and no other topic could be discussed.

“Oak Hill Estates is a part of the city and we’re obligated to find solutions to difficult situations as they arise,” Cox said.

Laird read from a prepared statement.

“We requested this meeting for one purpose, and that is to establish a mutual understanding regarding the status of the roads in our subdivision — Oak Hill Drive and Corner Stone Lane — relative to the annexation into the city of Brookhaven.”

Laird read about prior instances where the Oak Hill Estates homeowners’ association has met with the board and its attorney and his perceived outcomes of each meeting.

“(We are) seeking a clear response from the city with an answer to the following two questions — does the letter you sent out (recently) represent the city’s official position of the ownership of the roads, and did the city require the same process for the transfer of streets from other subdivisions within the annexed area?,” Laird read. “If the answer to either of these is no, we would like an official response 30 days from today on Jan. 15, 2017.”

City attorney Joe Fernald followed Laird’s statement with an explanation of the situation and his findings on similar situations based on the Mississippi Attorney General’s office.

When Oak Hill Estates was built, the developers did not dedicate the roads — Oak Hill Drive and Corner Stone Lane — to Lincoln County because they wanted to keep the subdivision private, Fernald said. Because of that, when Brookhaven annexed the subdivision in 2007, the streets were not transferred as city property, he said.

And even if the three-quarters of the homeowners agree, the city’s law says streets can only be dedicated if they’re up to city standards,  he said.

WGK engineer Mike McKenzie, one of the city’s contractors, said it is unknown if the streets in the subdivision are up to code. He recommended a bore test be completed by an engineering firm to determine the condition of the roads. This would allow the residents to see what would need to be done to get the streets up to city standards.

The hour-long discussion of the situation became heated on multiple occasions, with several homeowners getting up and leaving the meeting in frustration.

“I think we’re at an impasse here,” homeowner Jeff Clark said before walking out. “I think that we, as a homeowner’s association, don’t feel like we have been treated fairly in the process, in view of what the city has done for other subdivisions.”

Many of the residents argued that they have been paying an enormous amount of city taxes and should have the same benefits as the rest of the city. Several said they were unaware that the road they lived on was private when purchasing their homes. Some said the city had repaired roads in the subdivision in the past.

Fernald countered that the city completed one patchwork job on the street, prior to the board’s knowledge that it was a private road. He said that once it came to the city’s attention that the road is private nothing was done to it.

“We’re cut off by the law,” Fernald said. “The streets would have to become public streets before we could do anything to them.”

Little progress has been made in the past to hook up water lines to the residences of the subdivision due to the situation with the road, but Cox said it is something the city could begin moving forward on if the residents agreed.

The remaining residents of Oak Hill Estates at the end of the meeting said they would discuss contacting an engineering firm to get the roads tested. Fernald, McKenzie and the board agreed that it would not be productive to meet again until the roads had been assessed. 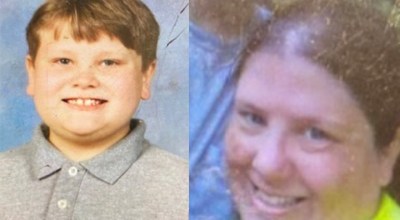