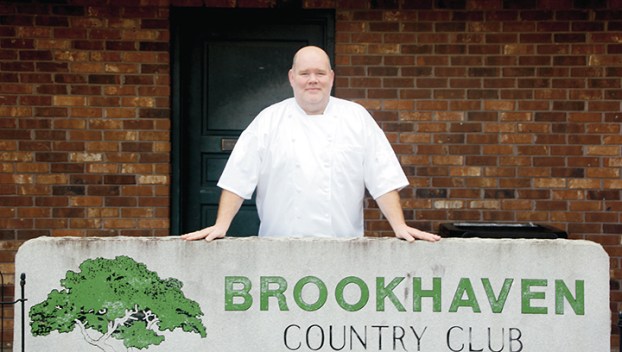 Photo by Alex Jacks/Chris McSweyn, the owner of Porches of Wesson, will open the restaurant’s second location at the Brookhaven Country Club in February.

A favorite Wesson eatery will soon be open in Brookhaven.

Chris McSweyn, the owner of Porches of Wesson, will open the restaurant’s second location at the Brookhaven Country Club Feb. 2.

“We’re going to try to make (the country club) as similar as we can to Porches in Wesson,” he said. “We want to still have the homestyle feel of Porches. There is no way you will get the exact same feel without the house, but we’re shooting to make it feel like home.”

Though it’s at the country club, the restaurant will be open to the public.

“You do not have to be a member to come to Porches of Brookhaven Country Club,” he said.

McSweyn has been cooking and running his restaurant in Wesson for 22 years, and felt now was as good a time as any to branch out.

“The right opportunity came up,” McSweyn said. “We were approached by the group of new country club owners on being the full time restaurant, and we couldn’t pass it up. I told them I would be more than happy to come down.”

McSweyn and his family, who help run Porches of Wesson, had been looking to expand their business to Brookhaven for the last two years.

“We’ve been looking for the right spot,” he said. “We’ve looked at several places and houses, but there just was not enough parking at many of them. The country club has been a part of Brookhaven for I can’t tell you how many years. It’s unique, we’re unique, and so we just basically go together.”

The new Porches location will allow McSweyn to offer service to larger parties, like wedding receptions or rehearsal dinners.

“We still want to provide the homestyle feel to the restaurant, but on a larger scale,” he said.

McSweyn has been hard at work on renovations to create a similar ambiance to that in Wesson. “We have been doing work to the kitchen,” he said. “There is stuff here, I just need to get more tables, chairs and do some decorating.”

He plans to add similar latticework throughout the club to resemble a porch, along with similar decorations to that in the Wesson restaurant.

“The food will for sure be the same, even if the decorations are not,” McSweyn said.  “It will still be the same friendly smiles you always see, but we’re just going in a little different direction.”

McSweyn previously traveled across the state for another job, allowing him to feel confident in his abilities to run both restaurants.

“Going back and forth is not going to be the hard part,” he said. “I’ve done it before. A lot of it is getting the right staff — someone who takes pride in their work, someone who knows what to do. As long as they can follow a recipe and follow the instructions right, they’re good to go.”

He said it also helps that his family is fully behind the project.

“Everybody is nervous and excited,” he said. “We’re excited to become a part of the Brookhaven community. For us, right now, Brookhaven was the right place to be. The goal would be to one day branch out even more, but we are happy.”

A new addition to the Porches menu will be the bar.

Ricky Salyer, one of the new owners of the Brookhaven Country Club, shared in McSweyn’s excitement over the new Porches location.

“In general, Brookhaven Country Club has been a family-oriented place,” he said. “Over the last several years — not because of any one person — the club’s gone down. A group of us in town got together and decided we wanted to revive it, and get it back to where it was. To do that, it takes a big investment of time and money, but we feel like we can do it. We want to make the tennis courts, the golf course and the swimming pool a place where a family wants to come.”

A huge part of the upgrades included the restaurant, Salyer said.

“I’ve used this word a lot, but I think it’s a Godsend that we have Porches coming,” he said. “I think the world of Chris — I don’t know him personally, I’m just talking about professionally. He and his family have done a great job and I think it’s a Godsend for them to be coming here, and literally taking over everything to do with food and dining. Our goal is to make Brookhaven Country Club great again.”

Porches of Brookhaven Country Club will be open for lunch and dinner Thursday through Saturday, and brunch and lunch on Sundays, beginning in February.

The restaurant is currently searching for servers, bartenders, dishwashers and cooks. For more information, contact McSweyn at Porches of Wesson at 601-643-9035.

“People need to have a place where they absolutely know the personnel will take care of them, and we’re going to do everything possible to make sure of that,” Salyer said.

A baby changes everything. But in this case, she really didn’t. Nathan and Lori Ann Case have unshakeable faith, and... read more