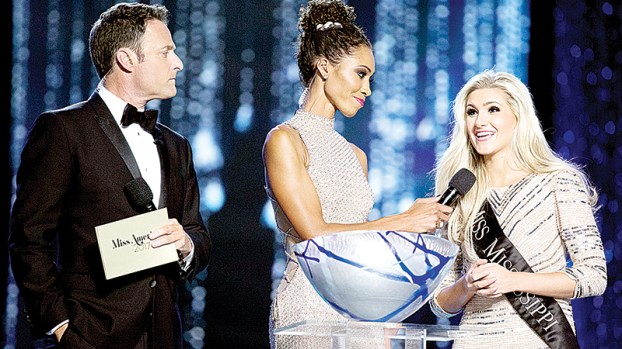 Editor’s note: The year 2016 was full of celebration and heartache, joy and sorrow. Below is a sampling of some of the year’s biggest stories. They are in no particular order.

Gov. Phil Bryant on May 17 signed a bill authorizing Mississippi to issue $250 million in bonds and another $50 million in the future for various projects, including $625,000 for a new fire station in Brookhaven and $100,000 for infrastructure improvements at the Lincoln Civic Center.

Fire Chief Tony Weeks, the mayor and the Board of Aldermen have been pitching the city’s need to replace Fire Station 2 on Willard Street to different sources for the last two and a half years, Mayor Joe Cox said at a board meeting.

“The big hurdle was passing (the bond bill) through the Legislature, and that has now been done,” Cox said in April. “It now has to be approved by the bond board, which is made up of the governor, the lieutenant governor, the treasurer and the attorney general, and then signed by the governor, so we don’t have a check yet, but it’s looking real good.”

The projects had to be approved by the three-member state Bond Commission before the state could issue bonds to take on long-term debt. The commissioners are the governor, the state treasurer and the attorney general.

State Treasurer Lynn Fitch said some of the projects included in the bill are just “earmarks” for pet projects and should be rejected.

Copiah County was hit by an EF2 tornado with 130 mph peak winds, the NWS confirmed on Feb. 16. The tornado had a path length of 30.8 miles and path width of 250 yards.

The strongest damage the NWS Jackson storm survey crews found was in the Stronghope community, where a house was destroyed.

There were minor injuries reported after people were reportedly thrown from a mobile home on the Copiah and Lincoln County line that was destroyed.

The mobile home, located at 3779 Jackson-Liberty Road, served as a daycare run by Ashley and Ryan Terry. Ashley said they were inside with three children when it was blown over.

On the 75th anniversary of his death, an American hero was finally laid to rest.

Thousands of people gathered along the streets of Wesson on Dec. 7 to watch as Fireman 1st Class Jim H. Johnston received a proper burial with full military honors.

Johnston, a 23-year-old sailor from Wesson, died along with the other 428 crewmen on board the USS Oklahoma when Japanese aircraft attacked it Dec. 7, 1941. The Oklahoma, moored at Ford Island, took several torpedo hits and quickly capsized. No single vessel at Pearl Harbor, with the exception of the USS Arizona, suffered as many fatalities.

He was the only serviceman who perished during Pearl Harbor to be buried in the United States this year, which was the 75th anniversary of the horrific attack.

Johnston’s tribute began with an outpouring of support from communities in Lincoln and Copiah counties.

Residents of both counties stood on the sides of Hwy. 51 from Brookhaven to Wesson to pay their respects and wave American flags as Johnston’s funeral procession made its way from Riverwood Family Funeral Home to the Wesson Cemetery.

The Brookhaven man wanted in a November 2015 fatal shooting in the city was arrested Jan. 30 in Pennsylvania.

Cordarryl Lamond Bell, 24, was arrested by the U.S. Marshals Western Pennsylvania Fugitive Task Force in Erie, Pennsylvania, for the murder of Aquarius Nelson, of Brookhaven, according to police.

Multiple agencies investigating Bell, of 510 East Congress St., and his connection to a string of crimes on and around Nov. 2. had been searching for him since the incidents.

Bell’s name was mentioned in relation to the shooting of Christopher Stringer, 39, at his residence on North Egypt Circle around 2:30 p.m. Nov. 2, police said. Stringer was wounded in the leg. Brookhaven Police Chief Bobby Bell said when officers interviewed Stringer he stated he did not know who shot him.

Shaw simply had no answer for Bogue Chitto’s Zariah Matthews, who was named the Player of the Game after her Lady Cats won the 1A state championship in March.

Bogue Chitto claimed its first state title since 1995 with the 57-31 win over the Lady Hawks at the Mississippi Coliseum.

“This is amazing,” said BC coach Christi Terrell. “I am so excited and proud of my girls. We came in focused and were ready to play. The girls played hard and we did great executing our game plan both offensively and defensively. I am a super happy, proud coach right now.”

Terrell had plenty of reasons to be happy. The Lady Cats led at the end of the first, second and third quarters, and Terrell cleared the bench late in the fourth after the victory was certain.

The Lady Cats wrapped up the season with a 31-3 record overall and won 21 straight to close out the season.

Brookhaven man pleads guilty to murder; gets 35 years in prison

The Brookhaven man who was charged with first-degree murder in the death of Demetrius Wilson in December pleaded guilty to second-degree murder and possession of a firearm by a convicted felon in Lincoln County Circuit Court on Feb. 1.

Yaquilla Washington, 27, was indicted in March 2015 for one count of first-degree murder and one count of possession of a firearm by a convicted felon.

He pleaded not guilty to all charges against him when he was arraigned in 2015.

Count one of the indictment was changed Feb. 1 in court from first-degree murder to second-degree murder in conformity of his plea agreement.

Circuit Court Judge David Strong sentenced Washington to 40 years with five years suspended for 35 years to serve and then five years of post-release supervision. For the crime of possession of a firearm by a convicted felon, Washington was sentenced to 10 years to serve. Both counts will run concurrently.

Regal Entertainment Group, which operates the Westbrook theater on Brookway Boulevard, decided the movie that was filmed here should play here.

“We are excited to announce that UA Westbrook 4 will be showing ‘The Hollars’ on Friday, Sept. 30,” said Regal spokesman Chris Newman.

Krasinski not only stars in the movie, which was filmed around Brookhaven two years ago, but also directs and serves as one of the producers.

Krasinski plays the main character John, a graphic novelist living in Manhattan with his pregnant girlfriend (Kendrick) who is a pet-clothing designer.

Travis Antonio Brinson, 21, of Brookhaven was arrested Oct. 26 by the Brookhaven Police Department in the murder of Lance “Tyrone” Mackbee.

Brinson came to the police department to answer questions. He did not voluntarily turn himself in to authorities, Brookhaven Police Chief Bobby Bell said.

“He got word that someone was looking for him and his girlfriend brought him in,” he said.

Bell said officers responding to a call of a man sleeping in his vehicle on Center Street found that the man was deceased.

“They thought he was asleep,” he said. “They checked for a pulse and realized he was dead.”

Mackbee was not sitting behind the wheel of the car, he said.

“We have reason to believe the victim did not drive himself to that location,” Bell said.

Bell would not reveal a possible motive for the fatal shooting. He said he did not want to speculate while the case was under investigation.

The 31 precincts in the county saw 14,812 of those voters. Bairfield said 384 of them cast an affidavit ballot.

Seven affidavit ballots were set aside and not counted, for lack of identification, Bairfield said.

“This is just incredible,” Lewis said, just before the Top 5 was announced. “This is an amazing experience.”

It was a fast-paced two-hour program, televised on ABC, from Boardwalk Hall in Atlantic City.

After the 52 contestants introduced themselves, the group was quickly cut to just 15 women.

Lewis was the 15th contestant to be called. “Saved the best for last,” said Kellye Sicks of Brookhaven, who was in the audience at Boardwalk Hall in Atlantic City.

Lewis, the daughter of Mark and Lorin Lewis of Madison, formerly of Brookhaven, competed in swimsuit, evening gown, talent and interview as the field eventually narrowed to the top six contestants.

She nailed her version of Barbra Streisand’s “Piece of Sky,” performing the song from “Yentl” almost flawlessly.

Qualifying for this year’s municipal elections begins Tuesday and soon we’ll see if anyone else will be running for the... read more