BARL relies on community for success 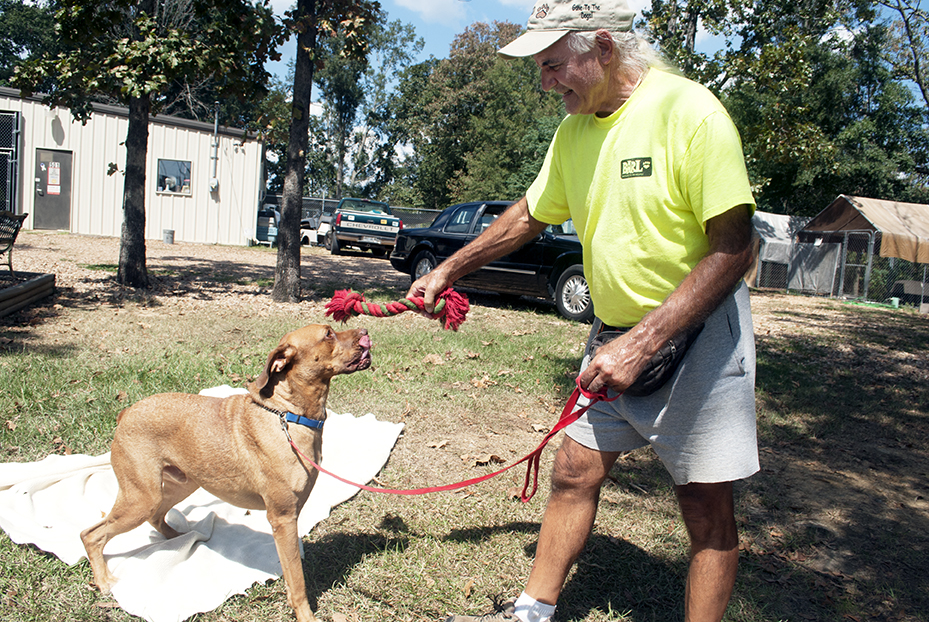 It’s a new year, and Brookhaven Animal Rescue League has one simple resolution for 2017: continue to support the pet population in Lincoln County.

Rusty Adcock, BARL secretary, said the one program they are looking forward to renewing this year is a regular work day each month to help attract volunteers. On the third Saturday of each month, BARL will be encouraging volunteers to come by and help complete some chores that they have difficulty dealing with during the normal work week.

“That way people will know in the back of their mind if they have some free time they can come by,” he said. “Just bring some work gloves, work boots and some energy, and we’ll find something to do.”

Other than that, it’ll be business as usual for BARL — business that wouldn’t be possible without the generous support of the community.

“Our volunteers are our most valuable assets,” Lu Becker, BARL president, said. “All our animals depend on volunteers.”

With no full-time help and limited part-time employees, the bulk of the work is done by a dedicated group of people.

“It’s not just cleaning up poop,” she said. “We have people who collect money from the donation canisters around town. It’s not a big job, but it’s a tremendous help. Any little thing someone does is just as crucial as the big jobs.” 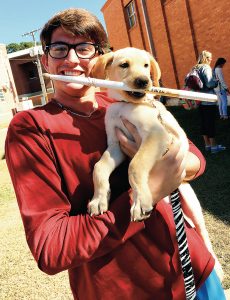 Phi Theta Kappa at Copiah-Lincoln Community College hosted a Pet Therapy Day in 2016. Reid Butler was among those who participated.

Labor is not the only way BARL is supported by the community. Financially, their largest support comes from residents and businesses.

“Most of our income is the small donations countless people give on a monthly basis,” he said.

First on the calendar for the year will be the Cat’s Meow Rummage Sale.

“It was very successful last year, thanks in large part to Deana (Pendley),” Adcock said.

Details are still being worked out, but the sale will take place in the early spring.

Although the shelter does work to receive numerous grants, generally they allow BARL to do extra, such as more spays and neuters or adding playground equipment.When talking about money, Adcock points out that 90 percent of their income goes to programming, with just 10 percent going toward administration.

“We’re proud of that,” he said. “We want to make sure the community knows we are good stewards of their money.”

Aside from caring for animals, BARL is working to improve community awareness in caring for pets. One way is by offering community spay/neuter vouchers for low-income individuals or senior citizens for their pets. They always put away some funds for the program, but they also usually get extra money to use for it, too.

BARL members are also working to make sure everyone knows the importance spaying and neutering their pets.

Hundreds of pets in the South are sent to northern shelters where they are adopted.

One way to tackle the problem is to start educating people while they’re young. 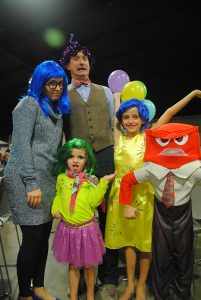 The Belk family gets into character at the 2015 BARL Celebrity Dinner. Dressed as characters from “Inside Out” are (front) Eva Lou Belk; (back, from left) Betsy, Nic, Violet and James Belk.

“If we can get it in the child’s head, it will start making a difference,” Adcock said. “That’s the key to the overpopulation of homeless pets.”

They also help raise awareness in other aspects of pet health. During this time of year, they make sure pet owners know it’s time to take safety measures when the temperatures drop.

“We’re not used to having really cold weather,” he said. “We are prepping the shelter. We need to let the community know that the family dog outside may not be as comfortable. We’re supported by the community, so we want to give back.”

Lincoln County and surrounding areas are under a flash flood watch until 9 p.m. today. A tornado watch is in... read more