An employee was recently arrested for attempting to sneak contraband into the Lincoln County Jail, according to authorities. 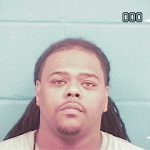 “We caught him through a cell phone that was confiscated from an inmate,” he said.  “After investigating the cell phone, we found various text messages discussing contraband (drugs). We were able to trace the number back to (Tanner).”

Hall said the cell phone is the only piece of contraband that has been found, but other sources are indicating Tanner allegedly snuck drugs into the facility.

“After speaking with some more people, it was indicated that other stuff could have slipped in,” he said.

Tanner had been employed by the jail for approximately six months prior to the investigation being opened Dec. 26, Hall said. He was responsible for the care of the inmates and booking individuals as they were brought to the jail, he said.

Lincoln County is not the only place where incidents like this have occurred, Sheriff Steve Rushing said.

“It’s a constant issue that is seen on both the state and local level across the state,” he said.

Rushing said Lincoln County has dealt with similar instances involving contraband in the past, but it had been awhile.

“Over the years, I have seen (drugs) tried to be brought in everything from books to shampoo,” he said.

Tanner was released on a bond of $5,000 Dec. 27, the day he was arrested. His initial appearance will be in Lincoln County Justice Court Tuesday.

The introduction of contraband into a correctional facility in Mississippi is a felony punishable by three to 15 years in prison, a maximum $25,000 fine, or both.

The incident involving Tanner is still under investigation by the Lincoln County Sheriff’s Office.

Cancer won’t win, but God will

You never know the power of God until a storm hits you. Tyrone Porter, a 60-year-old self-employed bricklayer, has been... read more