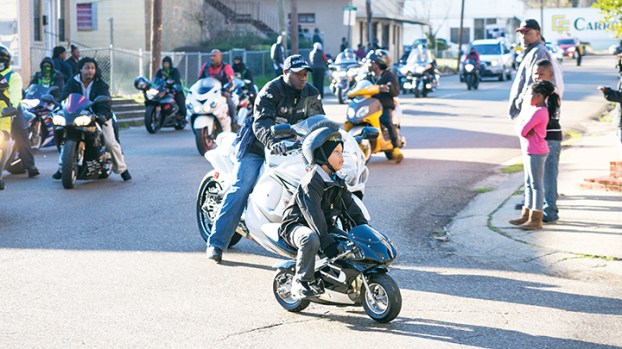 The 13th annual Martin Luther King Jr. parade will make its way through Brookhaven Sunday. The Brookhaven-Lincoln County NAACP Branch will host the parade with the goal to make it bigger and better this year.

The parade was originally started by Rose “Polly” Powell. The NAACP chapter took it over in 2011 and has been in charge ever since. The chapter goes out in the community to ask churches, individuals, motorcycle clubs and car clubs to be a part of this event, said Bernetta Character, president of the NAACP chapter.

Character does not want people to forget their history. The parade is a time to celebrate the men and women who paved the way for African Americans in Brookhaven, she said.

“We’re going to highlight people like Mr. J.W. Morgan, the first pro black pro-tem mayor of Brookhaven. Mr. Charles Kennedy is one of the first African American business owners,” Character said. “Kennedy was the first Mississippian wounded in the Korean War and the first to run for alderman in district 3. He had two businesses across the street from First Baptist.”

This year’s grand marshals are District 1 Supervisor Rev. Jerry Wilson and his wife, Brookhaven Ward 3 alderman, Mary L. Wilson, who also serves as mayor pro-tem. “They are both making history now by holding positions that was not always allowed,” Character said.

Character expects several city leaders to attend the parade. Line up will start at 3 p.m. Sunday by Williams Mortuary. It rolls out at 4 p.m. through Second Street, Main Street, Martin Luther King Drive and Beauregard Street. It will end at Alexander Junior High School.

God has created a beautiful world for everyone to see, and Michael and Kristy Smith want to make sure that... read more