Christopher Smith loves his job. As percussion instructor for Brookhaven High School, he enjoys being among his small army of indoor musicians. Out of the ... Read more

Seven. That was Colton Watson’s lucky number when taking the ACT. It’s also how many times he took the test before he scored a 34. ... Read more

After scoring a 27 on her ACT test, STAR student Jacee Palmer gives all of the credit to her school. “Our teachers at Bogue Chitto ... Read more 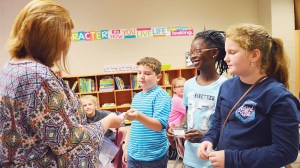 One little seed can produce a gigantic Congo watermelon. It’ll take at least 85 days, but David Holland promised the local fourth graders that the ... Read more

Nine Brookhaven School District teachers will each receive a $1,000 grant to assist them in pursuing advanced degrees or administrator status in the school system. ... Read more 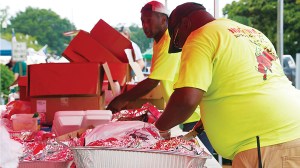 Railroad Park in Brookhaven will soon be filled with the aroma of barbecue. Mark Porter, a Brookhaven Fire Department fire fighter, is spearheading the seventh ... Read more

Mark your calendars. The Brookhaven-Lincoln County Chamber of Commerce will celebrate the summer with a series of fun events. Farmers Market The Chamber is partnering ... Read more 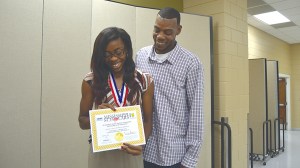 One hundred and eighty-two heroes. As Kenny Goza gazed out at the crowd of Mississippi Scholars, that’s exactly what he said he saw. Goza, the ... Read more 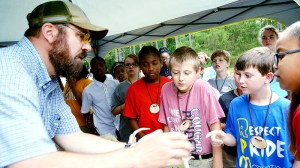 Henry “Bubba” Bass has a farm that he loves to transform into an outside school for children. For almost 16 years, Bass and his wife, ... Read more

With her Bible, children, pasta and Coca-Cola, nothing is going to hold Robbie Fields down. Fields has been a police officer for 17 years in ... Read more