After scoring a 27 on her ACT test, STAR student Jacee Palmer gives all of the credit to her school.

“Our teachers at Bogue Chitto Attendance Center really helped us,” Palmer said. “The Saturday before the test, they gave us practice tests to help us prep for it.”

Palmer said she took the test five times to get the score she wanted, but that didn’t bother her because she reached her goal.

She’s going to major in chemistry at Ole Miss.

“My score gets me a good scholarship,” Palmer said. “I want to become an orthopedic surgeon.”

Palmer said experiencing her family deal with medical problems created the interest to work in that field.

The love for her family trickled over to her peers as well. She loves to help others with their studies.

“It comes naturally to me. I don’t have to do too much studying. I’ve been prepared from my school,” Palmer said.

And if she’s not helping others, her peers can see her with the Beta club, Fellowship of Christian Athletes, Student Council, yearbook committee or Bogue Chitto Robotics Team.

She chose her robotics mentor, Reginald Wise, as her STAR teacher.

Wise is honored. He said having kids like Palmer reminds him of the reason why he teaches.

“I push all my kids, but she responded. All the credit goes to her. She put the hard work in, studied and did all the things that we all should do to be a better person,” Wise said. “I hope that I could cherish some of the lessons that I’ve learned along the way and she’s been one of the ones that’s been receptive to it. I can say I’ve made a difference with her.”

The STAR program — Student Teacher Achievement Recognition — seeks to recognize students for academic and ACT test achievement. Students are awarded a certificate and medallion as recognition upon becoming a STAR student. If a students scores a 25 or higher on their ACT, they are eligible for this program. The senior with the highest score on the ACT is named the STAR student. 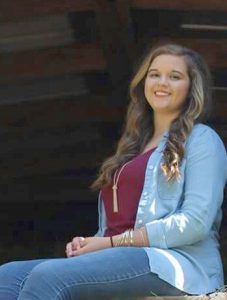 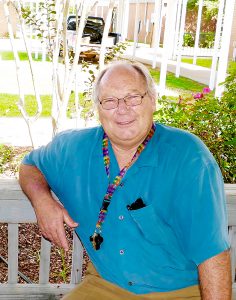 Candidates release campaign finance reports; Where is the money going?

Candidates vying for public office in Brookhaven are just days away from the May 2 primaries, which will possibly decide... read more