That was Colton Watson’s lucky number when taking the ACT.

It’s also how many times he took the test before he scored a 34.

“I prepped for it by taking it a bunch of times,” Watson said. “Like anything else, the more you practice, the better you can get.”

The Brookhaven Academy senior said he wanted a good score. His 34 is only two points away from the highest score possible. He scored the highest of all his classmates, making him STAR student.

Watson was eligible for the ACT scholarship at Mississippi State University, but he exceeded his own expectations again by receiving a Provost Scholarship.

With the scholarship and acceptance into Shackouls Honors College, Watson is set to start MSU in the fall. He wants to major in chemistry.

He chose his mother and former chemistry teacher Dianne Watson as his STAR teacher.

“I got some wonderful teachers at Brookhaven Academy and I love them dearly, but she’s been my teacher since I was able to learn,” Watson said. “She home-schooled me when I was in fifth and sixth grade. Even when the bell rings, she’s still teaching me.”

Watson’s mother taught him chemistry, psychics and anatomy and physiology at Brookhaven Academy.

“As a mother, I’m extremely proud of Colton. Since he was a small child, he has always enjoyed learning and he has been blessed with the ability to just absorb vast amounts of information,” Dianna Watson said. “I was actually quite surprised that he chose me as his STAR teacher because he has had many great teachers over the years.”

The choice was obvious for Watson. He said his mother’s classes were not easy, and he had to work just as hard as anyone else.

The STAR Student program seeks to recognize students for academic and ACT test achievement. Students are awarded a certificate and medallion as recognition upon becoming a STAR student. If a student scores a 25 or higher on their ACT, they are eligible for this program. The senior with the highest score on the ACT is named the STAR student. 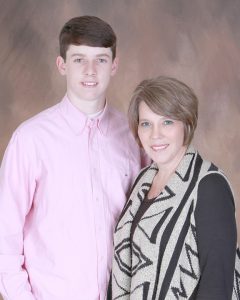 Don Walley isn’t one for accolades and flowery speeches. That’s why Walley, of Brookhaven, believes it was a blessing that... read more