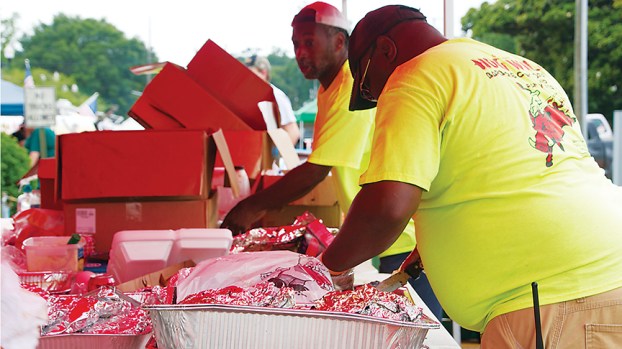 Railroad Park in Brookhaven will soon be filled with the aroma of barbecue.

As a former chief at the Loyd Star Volunteer Fire Department, Porter created this event to help raise money for the eight volunteer fire departments in Lincoln County.

The festival is sanctioned with judges provided by the Kansas City BBQ Society.

Teams in three divisions — pro, backyard and kids — come from all over the country to compete for Hog Wild Festival trophies and cash prizes.

“We already have over 20 teams,” Porter said. “We’re quickly filling up.”

However, there’s no telling how many teams there will be by Saturday. Porter allows teams to sign up during the day of the event. Porter said last year’s winner, Barry Smith from Bayou Boogie BBQ, will be returning again this year to try to keep his title.

There are vendors for shopping and inflatables for children, but most everyone comes for the food, Porter said.

Porter said all the funds will be divided between the county volunteer fire departments.

Mark your calendars. The Brookhaven-Lincoln County Chamber of Commerce will celebrate the summer with a series of fun events. Farmers... read more