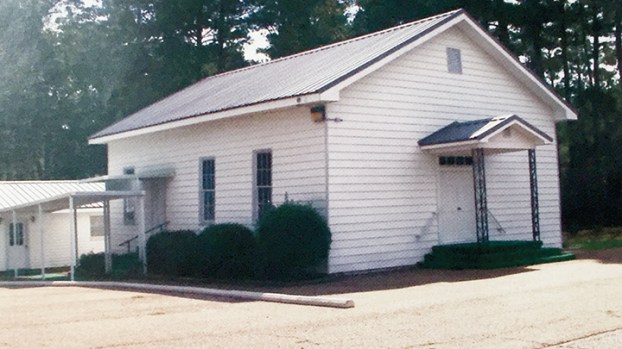 Photos submitted/For nearly 200 years, Sweetwater United Methodist Church has served the Copiah and Lincoln county communities. The church is looking to rebuild stronger after devastating damage suffered at the beginning of the year.

Less than a mile after you pass the Copiah-Lincoln County line on Jackson-Liberty Drive sat one of the oldest churches in this area.

For over 100 years, a small, but thriving congregation has made up Sweetwater United Methodist Church, but when storms raged through the area earlier this month, it took their place of worship with it.

Pastor Mark Allen said the wind caused the church to shift off its foundation, causing three corners to separate and the floor to buckle. The church must be rebuilt.

Though the members mourn the loss of the history housed within the walls, Allen is quick to remind them that their church is much more.

“The building that we call a church is just that, a building,” he said. “It’s the people that’s the church. We’ll pull back and still have service there on the ground and be stronger when we get to the other side.”

The church has already received an advance check from the insurance company to help get the new building started. They also sent some people to help members move the pews, organ and other furniture into the fellowship hall, where they are holding services in the interim.

Though the church building will soon be new, Allen is confident the spirit of the congregation will remain the same.

“A lot of small country churches don’t quite have the gamut of population as we have,” he said.

The members range from 1 to 70 years old and just last Sunday, Allen counted 40 people in the congregation, with 20 of them under 20.

“We’re a very thriving church, and a very giving church,” he said. “Members are very faithful in what they’re giving to the church, so we can give to others.”

Allen, a bi-vocational pastor, has worked at Sweetwater for more than five years, just a small part of the church’s nearly 200-year-old history. There are no definite records to outline when Sweetwater was first organized, but the earliest records members have found dated back to 1826. There’s no way to know if the church existed before that date, but Methodism had been in Mississippi for more than 25 years before that date.

The original place of worship was a log cabin at the site of Old Sweetwater Cemetery. It was eventually replaced with a frame building until the years surrounding the Civil War.

Sometime between 1850 and 1860, the church moved across the Homochitto River into Lincoln County, about 3.5 miles north of Caseyville.

In 1884, the members decided to move back to Copiah County in the community called Peetsville, where a school had been established in 1883. They used the school building as a meeting place until a church was built in 1887. Rev. William B. Hines was the pastor at the time, and he and B.D. Godbold, Levin Gaskins and M.C. McKee were listed on the deed.

After the storm damaged the church, Allen made note of the nails. They were unusual in that they were square and had burrs, meaning they were handmade. Allen said they stopped making them around 1890, which further supports that the building stood tall for around 130 years.

In the years since, the church has a seen a number of upgrades, including the addition of electricity in the 1950s and a remodel that reduced the entrances from two to one. Two Sunday school rooms, new pews, stained glass windows and a new altar were installed.

In the 1960s, hardwood floors were installed and an aisle carpet was added. They purchased a new piano, and the air conditioning and heating was installed. They also added a new pulpit and communion table.

It was during this time that they were able to add the fellowship hall. The Rev. A. E. Howell did the bulk of the construction, but was assisted by church members and friends. They also added an additional 12 foot-by-40-foot space to the hall.

“Those early fathers are all gone now, but the descendants and friends of those early Christians have continued to worship at Sweetwater and accepted their responsibilities in the community,” reads a history pamphlet about Sweetwater.

Allen invites anyone interested to join them in continuing the 200-year-old journey to visit. Sunday school is at 9 a.m. and worship service at 9:45 a.m. each Sunday. 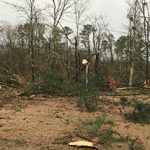 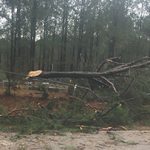 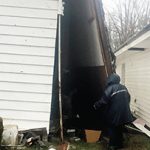 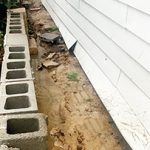 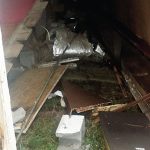 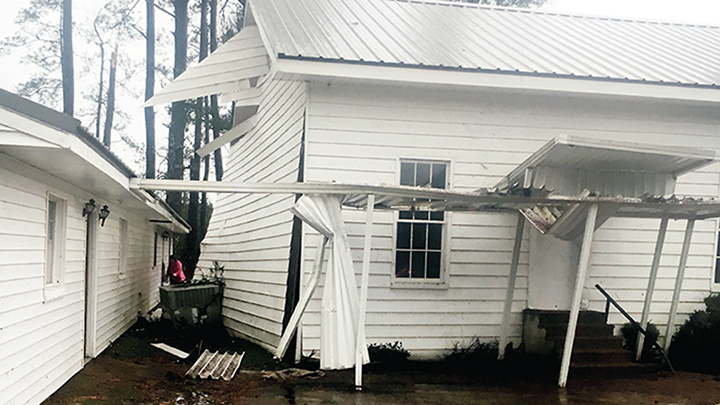 After fierce winds swept through Copiah and Lincoln counties at the beginning of the year, the 130-year-old structure that housed Sweetwater United Methodist Church suffered foundational damage, which caused it to be declared a total loss.

When it all comes together

It is indescribable to have a dream buck walk by your deer stand and offer a clean shot after diligently... read more