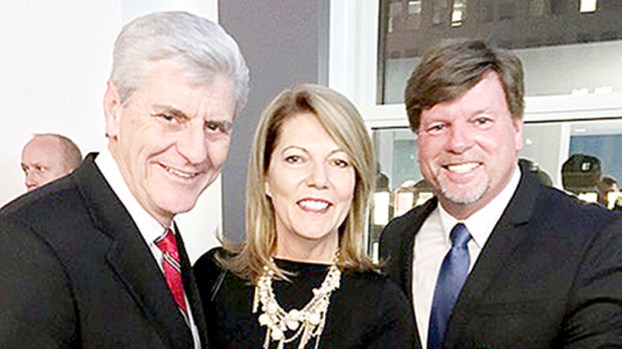 When Donald Trump takes the oath of the highest office in the land today, several Lincoln Countians will be there to witness the historic event.

He’ll be joined at the Capitol by Vice President-elect Mike Pence.

Watching the event as it unfolds will be Sen. Sally Doty, R-Brookhaven and her daughter Sarah, Reed’s Metals CEO Bernie Reed and his girlfriend Kelly Vaughn and Brookhaven native Laura Lee Lewis, the reigning Miss Mississippi.

All five attended the Mississippi party Wednesday, and various events over the past two days.

“We saw a lot of people at the soiree,” Doty said. “The governor was there, as well as Sen. (Thad) Cochran and (Roger) Wicker. It provided a great time to mix and mingle with everyone that works in Washington, but also with folks from home.”

Reed and Doty both received invitations to the Freedom Ball, one of the only parties Trump and Pence will attend, tonight. Reed said that was one of the events he was looking forward to the most.

“There’s a lot of balls, but there’s only three that Trump is going to participate in,” he said. “Fortunately, we were invited.”

Doty agreed that it’s an honor to be able to attend such prestigious festivities.

“We will have a full day today,” she said. “My daughter and I plan to attend the parade after the inauguration, and then the Freedom Ball. We are really looking forward to it.”

Since this will be Reed’s first inauguration to attend, he plans to take as much in as possible.

“We’ve been invited to several events,” he said. “I’m planning on going to all of them.”

This is also Doty’s first inauguration, which she describes as a once-in-a-lifetime experience.

“It really is an honor to be here representing Mississippi and our area,” she said. “To see the patriotism in this city is awe inspiring. There has been a very positive atmosphere since we have been here. We’ve only seen one protester. This is a great time for our country.”

Doty and her daughter have also done a lot of sightseeing since landing in Washington.

“We went to BullFeathers for lunch (Thursday), which is a restaurant near Capitol Hill that a lot of representatives, lobbyists and presidents have eaten at,” she said. “We also attended a welcome celebration near the Lincoln Memorial, where entertainment performed. There were thousands of people there.”

Reed has been an avid Trump supporter since the president-elect announced his intention to run for the job.

“I came out from day one supporting him,” he said. “A lot of people laughed about it. I was a big fan of him before he ever even ran. I respect everyone and what they believe, even if I disagree, but I’m not afraid to tell you how I feel.”

Reed asked that everyone respect Trump as he is sworn into office today.

“I will be standing there, watching as he takes office,” he said. “Give the man a chance. Judge him based on the results he brings to the table.”

Doty agreed with his sentiment, saying it was a honor to be able to attend the inauguration.

“I just think to be able to experience first-hand the peaceful transition of power in our country is amazing,” she said. “I don’t think we fully realize in our country what a special thing that is.”

Lewis said she’s honored to be representing the Magnolia State in DC.

“Mississippi has some of the best and brightest political minds advocating for our state on the national level and making a difference daily on the local level at home,” she said.

“The peaceful transition of power from administration to administration is just one of the qualities that sets our country apart from so many others. It is my hope that our country realizes we are far more alike that we are different, and all Americans work together for a better future for everyone.”

She’s taking time out from the festivities to see some of the historical sites with her father, Mark Lewis.

“This is an exciting trip for me, as my tour guide, my dad, happens to be a history buff,” she said. “I am enjoying seeing the sites and sharing in the historic occasion with him.” 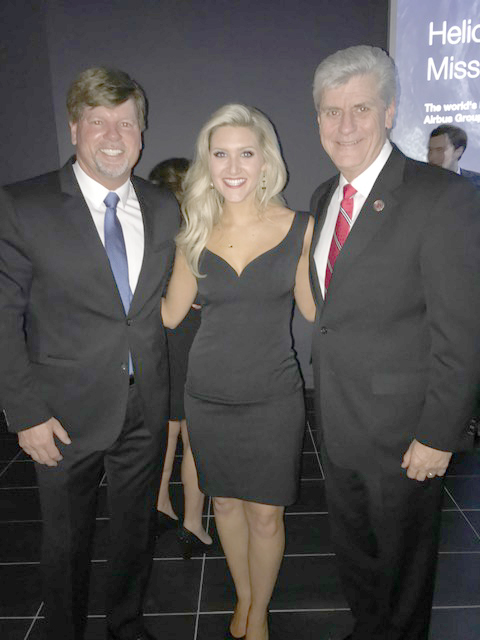