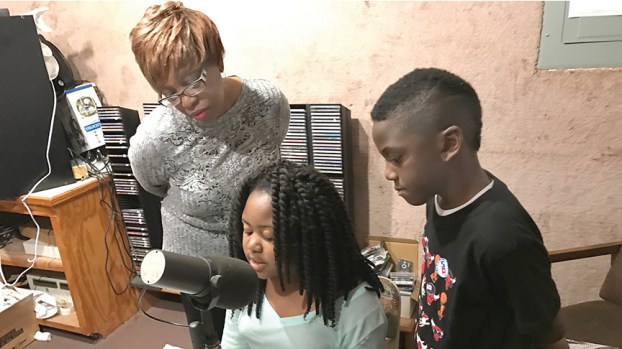 Every February, members of the Boys and Girls Club of Lincoln County become radio stars for Black History Month.

For two weeks, Boys and Girls Club Director Melanie Lewis takes volunteers to the WCHJ 1470 AM radio station to give a history lesson on African-American leaders.

Most of the children — like 8-year-old Kenadee Smith and 9-year-old Lejavious Burnette — are excited to talk on the radio. Both are third graders at Brookhaven Elementary School. They spoke on the radio on Monday.

“I read about W.E.B. Du Bois for Black History Month,” Burnette said. “I learned that he was very smart and graduated from Harvard University.” Kenadee Smith read about Shirley Chisholm. “She was the first black congresswoman,” Smith said.

The black history program at the Boys and Girls Club has remained active since 1999.

Lewis said the program teaches the children about the famous black Americans. Some volunteers are given a report to talk about, while others pick their own leaders to acknowledge.

“These two [Smith and Burnette] volunteered and it’s their first time,” Lewis said. “We do have some who have come to the radio station multiple times. Once they come and get experience, they want to come back next year.”

The former kindergarten teacher enjoys coordinating the program every year and seeing how it impacts the children.

WCHJ radio owner, operator and minister Charles Tillman said children at the Boys and Girls Club have made history themselves as the first black children, besides gospel groups, to give information on the radio to the community during the week.

“They’re getting an experience of their lifetime,” he said.

Boys and Girls Club members will continue talking about African-American leaders every afternoon at 4:30 p.m. until Friday. WCHJ is a Brookhaven-based, 24-hour gospel radio station.

Mental illness will be the topic at ‘Lunch and Learn’ Feb. 15

Mental illnesses, along with alcohol and drug abuse, are difficult subjects for most people to talk about. However, the... read more