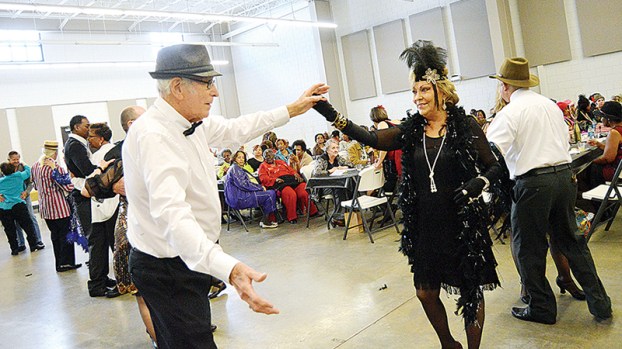 Photo by Orionna Brumfield/ Al McCulley and Elaine Ramsey enjoy each other’s company with other couples during their dance at the senior prom.

You’re never too old for prom, and the senior citizens of Brookhaven completely agree.

The Jimmy Furlow Senior Citizen Center puts on an afternoon to highlight senior citizens with a prom every year. The idea came from Denise Thames, who started the prom about six years ago.

Kail Garrett, director of the Jimmy Furlow Senior Citizen Center, has been organizing the prom with a different theme every year.

This year’s theme, “The Roaring ‘20s,” is based on F. Scott Fitzgerald’s book, “The Great Gatsby.”

Garrett spent the week decorating the Brookhaven Building on Beltline Drive with decorations, to achieve a 1920s’ look, from a silhouette of a jazz couple to the gold shimmery backdrop used for the senior citizens to take pictures to remember the evening.

“I thought it was a great thing for citizens have,” Garrett said. “We need to let them know that we appreciate them.”

She invited senior citizens in Lincoln, Lawrence and Copiah counties to attend the event, which was free to them thanks to the generosity of sponsors.

The event is treated like a high school prom. The ladies dressed up in their shiny flapper dresses, feather headbands, and dancing heels while the men wore suits with stylish hats.

Some of ladies from the Jimmy Furlow Senior Citizen Center even arrived to prom in limos.

Jim Hampton served as the host for the second year in a row. “This is one of my favorite days of the year,” he said. “Last year we had the Motown theme, and I know this room will fill all the expectations I have.”

Hampton was right. All the seniors were smiling, conversing and having a good time. They even laughed at his many jokes.

The senior citizens also performed for each other in dance groups. The Charleston Chicks — Annette Dunaway, Linda Martin, Shirley O’Quinn, Debbie Gates and Ryleigh Sheppard. “They came up with the routine all by themselves. Now I just help with the labor pains,” dance instructor Winnie Lowery said, laughing.

Like any other prom, a king and queen were crowned. Paul Thames and Audrey Watts were announced king and queen by the prom committee. Members randomly drew their names.

Garrett said many events cater to other groups besides senior citizens, but this event is a great way to acknowledge them. She has another event planned for the senior citizens at the Center coming this summer. 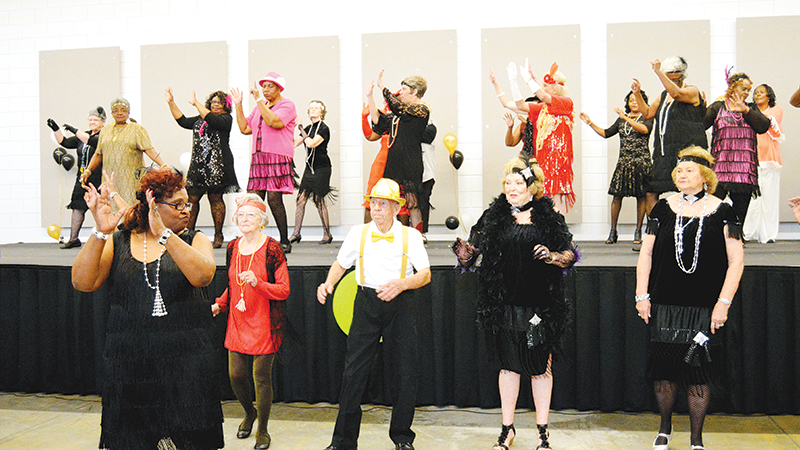 Boards opt for a retail strategy

Those concerned about economic development for Brookhaven and Lincoln County were invited to a private party Tuesday that the general... read more