Auxiliary member Sharon Langley, of Wesson, said the three young women beneftitted from their experience in the program and she hopes to repeat that with a new batch of delegates.

She’s looking for junior girls who live in Lincoln County to participate this year. The deadline to apply is Monday.

Langley has watched girls’  lives change through their participation in Girls State.

“I think it was a great experience,” said Fortenberry, a senior at Wesson Attendance Center. “I personally didn’t know anything about our government. I came back to school my senior year and got a 98 in government class.”

She said the program allowed her to experience real-life situations similar to those that people in government jobs face on a daily basis.

It’s like running a state’s government for a week.

According to the program’s website, Magnolia Girls State is a nonpartisan participatory program that teaches young women responsible citizenship grounded in ethics, the principles of our nation’s founders, and respect for  God and country.

These young women learn government and the rights, privileges and responsibilities of franchised citizens by forming a fictitious state of cities; electing public officials at the local, county and state levels; and carrying out the duties of those offices.

The week’s activities include simulated legislative sessions and government proceedings, along with presentations, assemblies and recreational programs.

In the one week, they learned the fundamentals about the legislative process, the three branches of government and parliamentary procedure.

“Everyone has to do a disaster relief project,” she said. “We had a snow day, so we had to think outside the box and think of what people would have to do in an actual snow storm.”

Fortenberry said through her experience in Girls State she was more involved in the past presidential election.

The American Legion Auxiliary program has been recognized as one of the most respected and coveted experiential learning programs presented in the United States.

Langley hopes the experience the Post and Auxiliary are offering will continue to change girls’ lives.

“I’d like to have up to five girls this year,” she said.

Girls State will be at USM June 4-9. Junior girls in Lincoln County can apply at www.missala.com. For more information, call Langley at 601-643-5234. 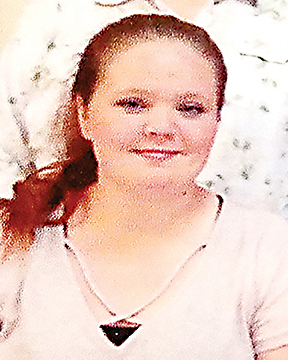 The history of Lincoln County’s “Little Italy” will be explored Thursday during a special post-Black History Month program hosted by... read more