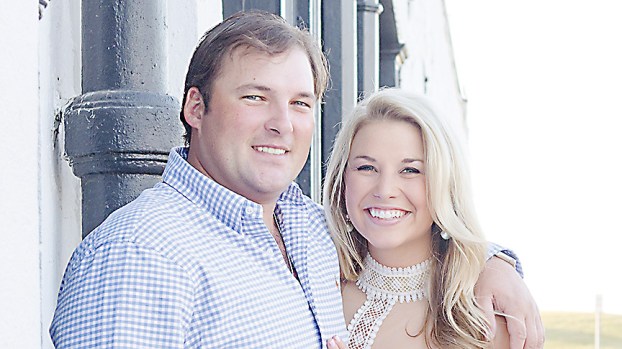 Mr. and Mrs. Michael Jarancik and Mr. and Mrs. Troy Orr of Brookhaven announce the engagement and approaching marriage of their daughter, Lacey Frances Orr, of Greenville, to William Brozovich Jr., of Greenville.

He is the son of Dr. and Mrs. William Brozovich Sr. of Greenville.

He is the grandson of Ms. Marlene Russell Durel of New Orleans, Louisiana, the late Mr. Ronald Francis Durel Sr., of Hammond, Louisiana, and the late Mr. and Mrs. Anthony Brozovich of Rock Island, Illinois.

The bride-elect is a 2010 graduate of Enterprise Attendance Center; a 2012 graduate of Southwest Mississippi Community College, where she received her associate of arts degree in general studies; and a 2014 graduate of the University of Mississippi, where she received her bachelor of business administration degree in marketing. She is currently enrolled at Delta State University, where she is pursuing a masters in business administration with an emphasis in management information systems. She is currently employed at Retzer Resources Inc.

The prospective groom is a 2007 graduate of Washington Day School. He attended the University of Mississippi and was a member of the Ole Miss golf team for five years. He is currently employed at Charter Medical of Greenville. He is the owner of Mr. B’s Coin Laundry and co-owner of BBKC Properties.

The couple will exchange vows at 7 p.m., Saturday, March 11, 2017, at St. Joseph Catholic Church. A reception will follow at the Greenville Golf and Country Club.

Mr. and Mrs. Phil Walsh of Tupelo, and Mr. and Mrs. Derrick Guntharp of Amory, are pleased to announce the... read more