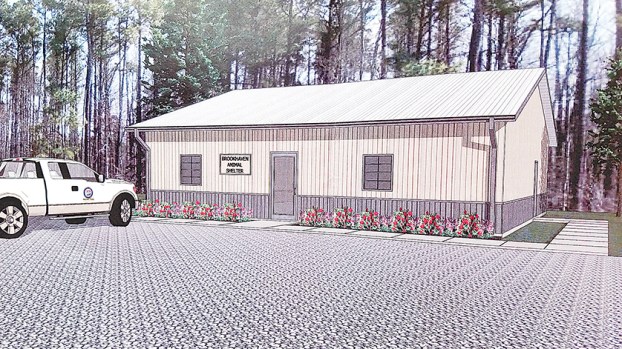 Photo submitted/Brookhaven aldermen were shown an artist’s rendering this week of what the proposed animal shelter may look like. The site work and construction could cost about $150,000, engineer Mike McKenzie with WGK Inc. said. To see a floor plan of the building, visit dailyleader.com.

Brookhaven aldermen are a step closer to finding a replacement for the city’s animal shelter, which houses strays, throwaways and lost dogs.

Mike McKenzie, an engineer with WGK Inc., passed out copies of a preliminary floor plan to the Board of Aldermen during their meeting Tuesday night. Ward 6 Aldermen David Phillips, Ward 3 Alderwoman Mary Wilson and Ward 5 Alderman Fletcher Grice did not attend the board meeting.

Based on the preliminary plan, the shelter would cost about $150,000 including site preparation and construction, he said.

“We are still in the preliminary stages with the construction of a new shelter, and we haven’t decided on the site,” McKenzie said.

He said the final budget would depend on where the city builds it.

Aldermen have a few locations to look at to make a decision. McKenzie doesn’t know if they’ll begin the building project this year.

Ward 4 Alderwoman Shirley Estes is not sure either.

“We did find out that the city owns property in different places in the city, but I’m not sure where the sites are,” Estes said.

She said aldermen are discussing options, but with a municipal election planned in June, the board could look vastly different when it comes time to vote on the project. Estes and Phillips as well as Ward 1 Alderman Randy Belcher and Ward 2 Alderman Terry Bates aren’t seeking re-election.

“It’s in a planning and an exploration stage,” Estes said.

The current shelter sits at the end of a dirt road that winds past piles of debris at the city dump. Two rows of dog runs, about 18 total, are covered with a sheet-metal roof. One wall is closed in with sheet metal. The other side is open. The front end is wire fencing, but is partially covered by two blue tarps.

“This is a great start because something definitely needs to be done,” Estes said. “A lot of issues there need modernizing and hopefully there will be a follow through on that and it’ll happen,” Estes said. “Everything has to be fine-tuned and updates will be presented to the board.”

Elected officials visited the Lauderdale County Animal Control Shelter in Meridian earlier this year and were impressed with the facility. They’d like to model a shelter after that one.

Mayor Joe Cox said $100,000 out of the city’s general fund has been earmarked to build the shelter.

“Our engineering firm is working on a design for the new animal shelter,” Cox said in February. “We visited the facility in Meridian recently and plan to model our facility and operations after theirs.”

It was about this time last year that city officials first said they were working on plans for a new facility. The city attempted to improve the Brookhaven shelter in October 2015 and allocated $20,000 to the group Friends of the Brookhaven City Animal Shelter.

Lu Becker, president of the Brookhaven Animal Rescue League, said since the facility is open to the elements, the Friends group planned to put up a wall to shelter the animals from winter winds, plant trees for shade, and replace the kennels. Then the city decided a few months later that the project was too dangerous and having volunteers at the landfill could be a liability.

The group returned what was left of the money.

The shelter is owned by the City of Meridian, but has been run by Lauderdale County for about 17 years.

He and three county employees work with four city employees under an inter-local agreement.

About 70 percent of all animals that come through the shelter are killed, he said.

Rockette thinks Brookhaven could model their procedures, but wouldn’t need as large of a facility.

Cox said one location considered is beside the transfer station at the landfill. It would back up to a wooded area which would give it shade. Fans would be installed to keep the 12 runs cool in the summer, though the office area would be air conditioned. The entire building would be heated, he said.

Cox said the shelter will not be rebuilt in the current location. 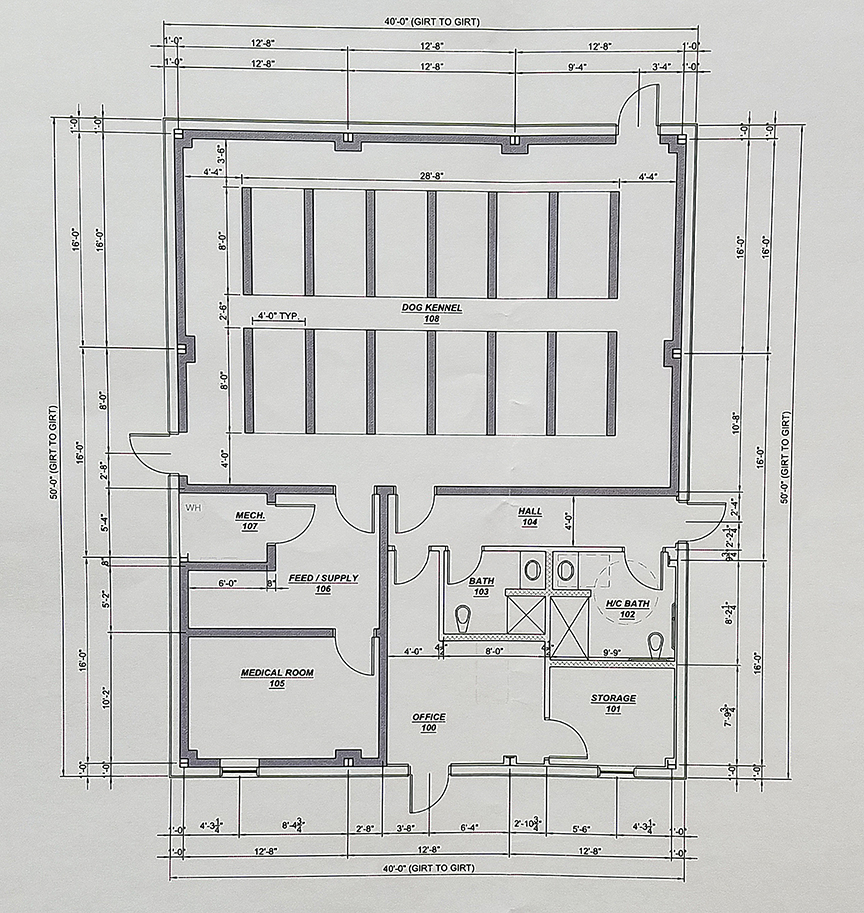 The annual Mississippi Spring Fest and Fair is coming to the Lincoln Civic Center a bit earlier this year. The... read more