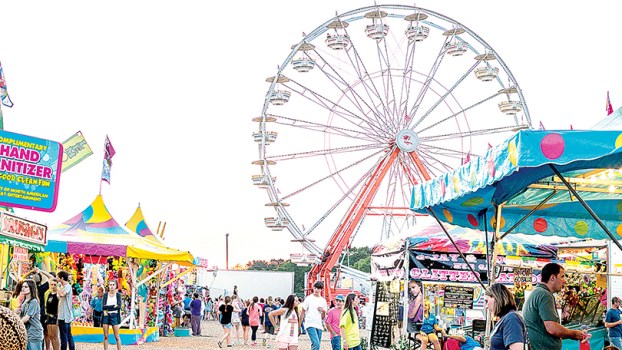 The annual Mississippi Spring Fest and Fair is coming to the Lincoln Civic Center a bit earlier this year.

The spring fest has been moved up a month in anticipation of a larger audience, said Civic Center Director Quinn Jordan.

“We’re getting it off of Mother’s Day weekend and state testing. People were saying that was creating issues with the kids,” Jordan said. “We wanted to listen to our customers.”

Armbands allowing unlimited rides will be sold. Prices change based on the night, Jordan said.

Fair hours and armband prices are:

Last year, the fair was held in conjunction with the rodeo. This year it won’t be.

“The Ole Brook Rodeo will stay on Mother’s Day weekend and not move with the fair,” Jordan said.

New this year will be the availability of the Brookhaven 55 South Flea Market in the pavilion between the civic center, the baseball complex and the arena. For April only, the flea market will be held on the second weekend of the month because of the Easter holiday on the third weekend. But that puts it open at the same time as the fair.

Mitchell Brothers and Sons Amusements are the new fair providers for the rides, games and food. “They’ll bring about eight to 10 food booths,” he said.

Jordan said the food will include many fair favorites like funnel cake and cotton candy.

“We will also have K&B Seafood boiling crawfish every night,” he said. “Doll’s House is also another food vendor.”

Most likely the only wildlife you’ll see at the Clear Branch Family Wildlife Supper Friday will be kids, teens and grandfathers... read more