Easter made a difference for Vee

I have a friend named Vijayan Kochupillai. He’s from India. Pretty much everyone calls him Brother Vee.

Raised in a small village in India, Vee’s family was a part of the Hindu and mystical religions around them. His father was a drunkard and his mother struggled to take care of Vee and his siblings.

When his mother became deathly ill, his father had the local medicine man come to heal her. She only got worse.

Multiple visits, blessings and curse removal rituals were no help.

A handful of their neighbors were believers in an outsiders’ religion, where they rejected all gods but one. They urged Vee’s father to let them bring their teacher to pray over his wife. Mr. Kochupillai refused, and spent most of his time trying to drown his problems in alcohol. Vee’s siblings refused, too. He didn’t know what to do, but he was afraid.

The kids were left to fend for themselves.

With no improvement, Vee’s mother died. In their traditional way, her body was laid out for visitors to mourn for several days prior to burial.

Vee recalls that on the third day after she had died, a man they did not know arrived at their home, accompanied by some of their neighbors in the odd religion. With their permission — what could it hurt? — the man laid his hands on the three-day-dead body of Vee’s mother and asked his God, someone named Jesus, to raise her up and give her back to her family.

Vee said she opened her eyes and sat up! She was alive, and no sickness remained. That day, he said, this Jesus gave him back his mother, when the medicine man/witch doctor could not.

“That is why,” said Vee, “I wanted to know this Jesus, too.” All of Vee’s family, in fact, most of his village, became Christians that day about 40 years ago. Vee now leads an effort to reach as many people for Christ in India as he possibly can.

Some people are hard-hearted and close-minded. Maybe it’s you. You wouldn’t believe Vee if he told you himself. If you had seen his mother sit up, you’d have sworn these simple villagers simply didn’t recognize she was never dead.

Jesus said some wouldn’t believe even if someone rose from the dead.

The resurrection of Mrs. Kochupillai encourages me, but doesn’t save me from my default destination of hell (I am a sinner, after all). But Jesus Himself died for me, and her, and you. And He rose from the dead. It’s why she was raised, why I was saved and why you can be, too.

It’s the reason we celebrate Easter this Sunday.

The church where I’m a member, Southway Baptist Church, is having Easter services. So is the church near you, wherever you live or will be.

Why don’t you go? See if this whole rising from the dead thing has any merit to it.

It made a difference for me.

It made a difference for Vee.

News editor Brett Campbell can be reached at brett.campbell@dailyleader.com or 601-265-0537. 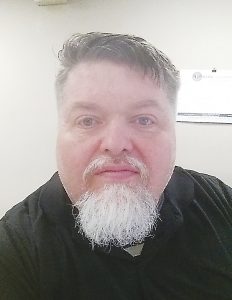 All districts should ban lunch shaming