A Brookhaven man charged with the murder of his girlfriend will wait another three months before standing trial in Lincoln County.

Just a few minutes before 2 a.m., Monday, Nov. 30, 2015, the Brookhaven Police Department received a call regarding a domestic violence situation at 107 1/2 Cherry St., the home of Tara Ashley Hudson and Jeremy Wayne Cupstid.

Cupstid, Hudson’s 28-year-old live-in boyfriend, was arrested and charged with her murder.

Hudson’s son, who was in the house when she was killed, was taken into the custody of the Department of Human Services.

“A little 12-year-old boy lost his mama,” said Lanny Smith, the victim’s step-father. “She was a good, caring person. She had her ways, just like I had my ways, but she was a good mama.”

Cupstid’s bond was set at $100,000 and a preliminary hearing was scheduled for two weeks later. Cupstid had been sentenced May 26 to five years probation for grand larceny in Rankin County.

A grand jury indicted Cupstid on Oct. 13 for second-degree murder, accusing him of striking Hudson with a blunt object. The indictment suggests the act was not premeditated, but ultimately led to Hudson’s death. If convicted, Cupstid could face 20 years to life in prison.

Cupstid was formally arraigned Nov. 21, 2016, and was scheduled to appear before Judge David Strong for trial on Tuesday. However, after in-chambers discussion, Strong signed an order for an independent expert.

The trial has been continued to Aug. 8. 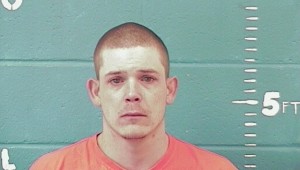 After five attempts, Logan Holmes’ top score on the ACT test was a 30.  That perseverance led to Holmes being... read more