Lynn Bowman Mote thanks God that she is coming back home.

As a native of Magnolia, Mote grew up in the Methodist church and attended Parklane Academy in McComb.

While working for commercial real estate developer Prescott Sherman in McComb, Mote joined the ministerial staff at Centenary United Methodist Church as director of youth and children’s ministry. It was there that she felt God was calling her to be a pastor.

At 40 years old, Mote and family moved to Durham, North Carolina, to attend Duke Divinity School. There she completed her master of divinity degree.

“As ministers in the Methodist church, we agree to be itinerant,” said Mote. “Every year, we’re either reappointed or appointed to a new location.”

Having moved so far away from home to attend school, Mote was happy to be appointed by the MC-UMC as pastor of New Hope UMC, in Loyd Star June 2005. She served there for seven years, until the conference appointed her associate pastor of First UMC in Tupelo in 2012.

Mote served in Tupelo until just a few days ago. Her 2017 appointment brought her, once again, to the area she calls home. Her adult daughter, Emily, remains in Tupelo.

“Brookhaven First United Methodist has a long history of wonderful ministry within the community, and as a strong worshipping community,” Mote said. “My immediate goal is to connect with the people of the church, to build relationships with them, and I look forward to doing that.”

This Sunday is Mote’s first official Sunday in the pulpit at First UMC.

“We just keep coming back home,” said Mote, “which is something we thank God for.” 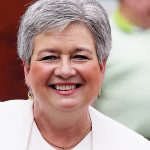 Two Jackson men have been charged with aggravated assault in the shooting of a Brookhaven man Monday afternoon. The 24-year-old... read more