Hams hope to get higher with new law

This is good news for the 25 or so licensed ham radio operators in Lincoln County and the surrounding areas.

“If it passes, this legislation would make it so you have a sufficient antenna height to deal with emergencies,” said Lincoln County ham operator Homer Richardson, “and a lot of times there are restrictions that don’t allow antennas in the neighborhood.”

Under current rules, a large segment of amateur radio operators are prohibited from installing functional outdoor antennas at their homes. The bill would call on the FCC to apply its reasonable accommodation standard evenly to all types of residential areas, including in communities that now have restrictions blocking the installation of amateur radio antennas.

The bill includes a provision to allow amateur radio operators to negotiate with individual homeowner associations to install antennas that conform to the community’s aesthetic interests. The provision would preserve the associations’ control over a community’s appearance, but also enable expansion of amateur radio networks in areas that were previously off-limits to operators.

Richardson said he doesn’t think anyone objects to the use of the antennas, since they don’t interfere with other types of modern communication, but many people don’t want to see a large antenna in their neighborhood.

“As long as it’s not abused by people wanting to put up a 200-foot antenna in the middle of a neighborhood,” said Richardson, “a minimum height of 35-feet or so would help accommodate what I would call reasonable use.”

The provision is the result of a consensus reached by the American Radio Relay League and the Community Associations Institute, each representing thousands of amateur radio operators and community associations in the U.S. respectively.

“They’ve been trying to do this for some years now,” said Richardson. “They’re not asking for some specific height, but a reasonable height.”

In times of emergency, amateur radio operators provide communications network backup when first responder network repeaters and infrastructure are not working. During and immediately after Hurricane Katrina, amateur radio operators restored communications lines with FEMA, the Red Cross, and other disaster relief entities when the primary emergency response network was down.

“If we have emergency situations, we can go right to the antennas we have already,” Richardson said. “I think it would be a real benefit and it would help overall in case we did have a real emergency. And it would help the hobby keep going, too.”

The Southwest Mississippi Amateur Radio Club, of which Richardson is a member, meets monthly, alternating between Southwest Mississippi Regional Medical Center in McComb on odd months and the Emergency Training Room in Brookhaven on even months. For more information on amateur radio or SMARC, visit w5wq.net. 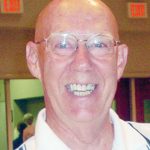 ‘I stand for what’s right and ethical’: LCSO communications officer loves to give back to community

Dustin Bairfield once saw something special in a Loyd Star teenager and urged him to pursue a career in law.... read more