The attorney for a Hazlehurst man indicted in 2016 for conspiracy and robbery in the theft of a man’s wallet two years earlier has filed motions to dismiss the case for lack of a speedy trial.

Larry Dernell Joiner’s attorney also contends that authorities did not preserve the evidence.

Joiner, 2060 Damascus St., was indicted by a Lincoln County grand jury in May 2016. The indictment alleges that he — along with Michael William Carroll — stole a wallet on July 26, 2014, that belonged to Kenneth Paul Roberts, according to court records.

Joiner failed to appear in Lincoln County Circuit Court before Judge David Strong in June 2016 for arraignment. After a later omnibus hearing, his trial date was set for October, but a continuance was granted for Joiner’s new counsel until Feb. 14, 2017.

Joiner again failed to appear in court for the call of the trial docket, and a bench warrant was issued for his arrest. Joiner was arrested in May for failure to appear by Lincoln County deputies. He is currently being held in the Lincoln County jail on $15,000 bond.

Joiner is scheduled to appear before Strong on Aug. 3, when the motions will be addressed by Strong.

Individuals scheduled to appear before Strong on Aug. 3 include:

• Wyrick A. Thomas will be arraigned on eight counts of dog fighting. Thomas is currently out on bond.

• Devin Barlow will have an omnibus hearing for possession of a firearm by a felon. Barlow is currently out on bond.

• Jasmine Thomas will be arraigned on charges of felony bad check. Thomas is currently out on bond.

• Heather Travis Grice will be arraigned on charges of felony bad check. Grice is currently out on bond. 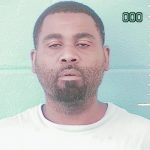 Take a break from sales tax this weekend

The back-to-school sales tax holiday in Mississippi is upon us. As of 12:01 a.m., shoppers are entitled to a tax... read more