Travis Mills is looking for actors in the Brookhaven area.

Mills is the director and creative mind behind “Porches and Private Eyes,” a feature-length film shot in Brookhaven in 2016 that the filmmaker called “a small-town comedy/murder mystery.”

When Mills cofounded Running Wild Films in Phoenix, Arizona, in 2010, it was with the vision of building an indigenous cinema with actors and crew from Arizona telling stories that were tied to the state.

But as the grandson of retired Brookhaven judge Donald Patterson, Mills has always enjoyed returning to Brookhaven and has recently made Lincoln County his home. He has also transferred his vision of filmmaking to Mississippi.

“Don’t Come Around Here” was filmed in Bogue Chitto and Brookhaven and released in February. Shooting for Mills’ latest feature-length film, “Blood Country,” began in Lawrence County in March. Its theatrical release will be Oct. 7.

But the project Mills is casting for now is not a feature film. It’s a corporate project for a company with ties to Lincoln County.

“I don’t know if you’ve seen the Master Class series, with people like Steve Martin teaching,” said Mills. “We’re modeling this after that series of lectures, which is a small cast of students surrounding a lecturer as they teach. It’s a more dynamic, new way of interacting with students than a typical lecture.”

The project requires actors to be available Monday through Friday for two weeks, Sept. 11-15 and Sept. 18-22.

“They’re going to be needed pretty much like 9 to 4, like a regular job,” Mills said, “and it is a paid position.”

Mills is looking for people who are local to Brookhaven, or close enough that getting themselves to the filming location won’t be an issue. Casting is open to people of all races and body types, male and female, ages 18 to 30, who will play students giving scripted answers to questions.

Acting experience is preferred, and payment details will be given to the candidates Mills’ team is interested in hiring.

Interested individuals should send headshots, resumes and acting reels — if they have them — to travismills@runningwildfilms.com. 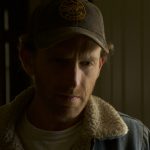 Unique Brookhaven store is a haven for gamers