The first Jewish settlers in Lincoln County arrived 165 years ago.

Josh Parshall, director of history for the ISJL, will be in Brookhaven Thursday night to speak about the early Lincoln County Jewish families. The presentation, sponsored by the Lincoln County Historical and Genealogical Society, will begin at 6:30 p.m. at the Jimmy Furlow Senior Citizen Center. The public is invited.

According to the Goldring Woldenberg Institute of Southern Jewish Life, these European immigrants first traveled to the area in 1852 via the Bogue Chitto River, coming off the Mississippi River in search of places to trade and with intentions of opening mercantile businesses. Though the city of Brookhaven was not incorporated for another six years, the locals of the area welcomed these new arrivals and Jewish people have been part of the area ever since.

“We always welcome the public to bring memorabilia and stories to share during these meetings,” said LCHGS President Tammie Brewer. “Our main purpose is to preserve and inform the community of its history.”

There will be a short show-and-tell time after Parshall’s presentation, which will include a slide show from the ISJL’s files. Members of the audience are encouraged to bring photos and memorabilia for viewing, as well.

Parshall joined the ISJL, based in Jackson, as the director of the history department in July. Parshall earned a Ph.D. in American Studies from the University of North Carolina at Chapel Hill where his dissertation focused on Yiddish politics in southern states during the first half of the 20th century. Parshall also holds a bachelor of arts degree in American Studies and a master’s degree in folklore.
This is Parshall’s second position at the ISJL, where he previously served as oral historian from 2009 to 2013. In his new role, he will continue the organization’s mission of documenting and interpreting the experiences of Jews in the American South. He has presented research at the annual meetings of the Oral History Association, the American Studies Association, the Southern Jewish Historical Society and the Association for Jewish Studies.

Refreshments will be served following the meeting. For more information, call Brewer at 601-850-1733. 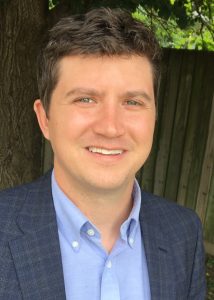 Intersection at Hwy. 51 and Natchez Avenue has changed