Skilled labor is getting harder to find

The hardest jobs to fill in Brookhaven are those for skilled craft workers, according to one boss in Lincoln County.

Anthony Foster, site manager and product engineer for Primos Hunting, represents just one of the firms across the country that are having trouble finding workers who have the right training to take on the jobs they have available.

“There are not as many skilled workers, and not as many manufacturing jobs for them,” Foster said.

According to an industry-wide survey released recently by Autodesk and the Associate General Contractors of America, 70 percent of construction firms across the southern states report they are having a hard time filling hourly positions that represent the bulk of the construction workforce. AGCA officials said that many firms are changing the way they operate, recruit and compensate, but cautioned that chronic labor shortages could have significant economic impacts absent greater investments in career and technical education.

“In the short-term, fewer firms will be able to bid on construction projects if they are concerned they will not have enough workers to meet demand,” said Stephen Sandherr, chief executive officer for the AGCA. “Over the long-term, either construction firms will find a way to do more with fewer workers or public officials will take steps to encourage more people to pursue careers in construction.”

Of the more than 1,600 survey respondents, 70 percent said they were having trouble filling hourly craft positions, Sandherr noted. The shortages are most severe in the West, where 75 percent of contractors are having a hard time filling those positions. Seventy-two percent of those in the Midwest and 63 percent in the Northeast were having difficulty.

“Just Mississippi as a whole, from what we see, we don’t get many people with those skill sets,” McGaugh said. “Our basic applicants are just light industrial with no real education and they job hop a lot around here.”

McGaugh said some really good jobs are available right now in the area she manages, from Gallman south to the Louisiana state line, and from Natchez west to Tylertown.

“You just need to score a 12th-grade level on a math test we have,” she said.

“The hardest jobs to fill for us are the craftsmanship jobs — woodworking, machinery and CNC machines — anyone with skills in trade who is used to doing mechanical-style work,” said Foster. “Computer-Numerically-Controlled machines are things like lathes and mills.”

Some of the most difficult workers for him to find are trained carpenters.

For Primos’ first-year, unskilled hires, Foster said he and other managers spend their time teaching these individuals four things: how to show up on time, how to act at work, how to get along with others and how to take criticism.

“A lot of the younger temporary hires don’t know how to take critique,” Foster lamented. “We don’t use a hard approach, it’s just like, ‘You’ve messed up on this same part several times, so here’s how to do it correctly.’ And they get all defensive and angry. When you ask, ‘Why are you angry?’ They say, ‘Well, you told me I’m doing it wrong.’

“That’s my job as an employer, to teach you how to do it the correct way — the way we want it done,” he said. “The difficulty goes all the way back to the home and how kids are raised.”

If children are raised learning to work hard at home, not expecting everything to be handed to them, Foster thinks, then they’ll enter the workforce with better attitudes and be more likely to have learned a skill.

Half of construction firms have reported they are increasing base pay rates for craft workers because of the difficulty in filling positions. Twenty percent have improved employee benefits for craft workers and 24 percent report they are providing incentives and bonuses to attract workers.

In addition, 22 percent report they are increasing their user of labor-saving equipment, 11 percent are using off-site prefabrication and seven percent are using virtual construction methods like Building Information Modeling.

“We have to buy a lot of stuff out of Asia because there’s literally nowhere to buy it or make it in the U.S.,” said Foster. “There’s going to be a shift in the economy at some point where it’s too expensive to do it in Asia anymore and it takes a shift to come back to us.”

Foster said some of the items they have manufactured in Asia have been delayed as recently as this week, due to the same type of problems existing there as those that moved American companies to outsource business originally. Problems like pollution, labor issues and rising costs are bringing foreign production to the point where it’s no longer wise business, he said.

“Probably one of the most valuable things a student can do right now is learn to work with robotics and machinery and how to fix that stuff,” advised Foster.

In McGaugh’s assessment, the vocational-technical programs in area high schools are the answer for beginning to prepare workers for the jobs that are in high demand, and that are now offering more pay by the hour.

“If these students who are in good vo-tech programs in high school just get a little bit of college, like a two-year degree,” she said, “then they’ll be well-prepared.” 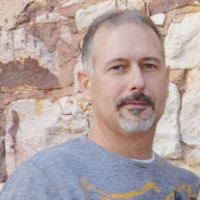 In observance of Labor Day, The Daily Leader office will be closed Monday. The following other area offices have announced... read more