Lincoln County officials anticipate spending $85,000 in the next budget year to prosecute William Cory Godbolt for his role in the murders in Lincoln County over the Memorial Day weekend.

The county’s budget, which will be voted on Friday, reflects the amount expected to be spent on the case. County Administrator David Fields spoke with circuit clerks from several counties where capital murder trials have taken place to get an idea of the cost. He heard projections of $60,000 to $250,000 on cases that typically stretched over more than one budget year.

Fields presented these figures to Circuit Court Clerk Dustin Bairfield, who in turn suggested the county set aside $85,000 for the current budget year to be spent for this purpose. The funds are not specifically earmarked by a line item entry in the budget. They are instead added to the general fund, from which the Circuit Court can draw funds as needed.

District Attorney Dee Bates said even that amount may not be enough.

Bates said the county is responsible for paying housing, medical, dental and food costs of any inmate from the initial arrest through the end of a trial, since during that time the person is a county inmate. After a guilty conviction, the financial responsibility of the inmate’s care shifts to the state of Mississippi.

According to Bairfield, the county is also responsible for the costs of legal appeals for a convicted county inmate if he or she is deemed indigent and therefore financially unable to pay the cost of appeal.

For the district attorney, part of the concern over trial cost includes paying for the transport and temporary housing of jurors and possibly witnesses.

“Understand that it would be very hard for a jury to be picked in Lincoln County for Godbolt,” said Bates. “It is pretty much a foregone conclusion that we will have to go to another county to pick a jury and that is additional costs. Do you take all the witnesses to the other county, or bring the jury to Lincoln County?”

Whatever happens with a case, money is involved and the county is responsible for the cost of pursuing a conviction.

“Keep in mind in all of this, in the eyes of the law everyone is innocent until proven guilty by a jury of their peers,” Bates said.

Godbolt is accused of killing Barbara Mitchell, Tocarra May, Brenda May, Austin Edwards, Jordan Blackwell, Ferral Burage, Sheila Burage and Lincoln County Sheriff’s Deputy William Durr. The court documents detailing the charges against Godbolt state that he knew Durr was a law enforcement officer when he killed him. 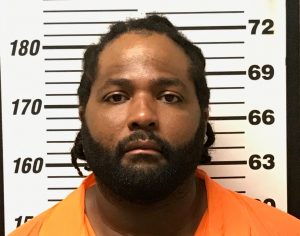