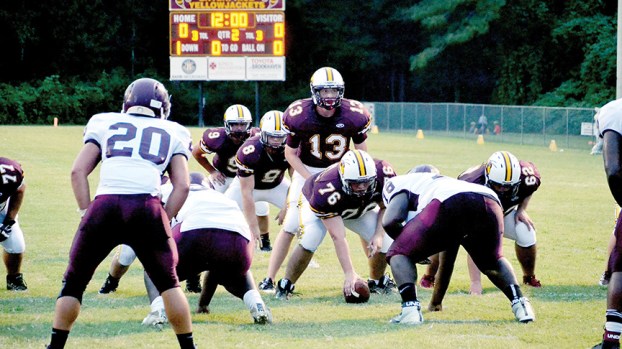 Bogue Chitto (4-3, 0-1) will face Amite County (3-5, 2-0) Friday on the Bobcats’ field in a district face-off. The Trojans defeated West Lincoln two weeks ago and Loyd Star last week, each by just a touchdown. Bogue Chitto has yet to face West Lincoln, but Loyd Star handed them a sound defeat a couple of weeks back.

If the Trojans were able to inch by Loyd Star, who trounced Bogue Chitto by more than double their score, the Bobcats may well be looking dead in the face of another district loss. The Bobcats will then have two more games to finish off the season — both district matchups and both Lincoln County rivals: West Lincoln followed by Enterprise.

Brookhaven (6-1, 3-0) will take on Natchez (4-3, 1-2) in a home district game Friday evening. The Bulldogs have been all over the scoring map, winning by as little as a single touchdown to as much as 39 unanswered points. The Panthers’ single loss was a disappointing season opener to Pearl. But BHS came back with a vengeance to not just defeat but embarrass most of the teams they faced since.

Coach Tommy Clopton knows his boys will have a large homecoming crowd to cheer them on as they look to advance in regular season wins and stay undefeated in district matchups.

“This is a big game for our team,” Clopton said. “It’s important that our guys stay focused on Natchez. They are very talented and this is by far the best Natchez team we’ve played against since they came into our district.”

The Panthers will play three more teams after this week, all in district face-offs.

Though the Lions have consistently wound up on the wrong side of the scoreboard this season, their losses have not been easy turnovers to their opponents. Coach Ron Rushing’s Cougars won’t be able to take it easy this week, but need to ride the momentum from last week’s 37-8 pounding of Benton Academy on the road.

“It is an extremely important game to not only our kids but our fan base,” said assistant coach Will Gatlin. “We have an opportunity to make the playoffs for the first time in several years. It also will be an emotional night with our first Veterans Game. It should be an exciting night and good game to gather momentum going into next week.”

The Cougars will play once more in the regular season after this matchup, facing Amite School Center at home for their final district game.

The Yellow Jackets have not been able to get out of a losing streak, but they dug their cleats in a little deeper last week to score multiple times on West Lincoln. Loyd Star broke their short losing streak with a win two weeks ago, but fell last week to Amite County. This head-to-head rivalry could bring out the best in both teams.

“All district games are very significant to making the playoffs,” said Hornets coach Brian Ford. “When you add the fact that this week is also a in-county team, it’s going to be an important contest. Records don’t count this week. Both teams will play hard and we must play well.”

Enterprise will play twice more this season — both in district games — against Amite County and at Bogue Chitto. Loyd Star also plays two more games, both district and both in-county — versus Enterprise and at West Lincoln.

The Lawrence County Cougars (3-5, 0-2) play against the Purvis Tornadoes (3-4, 2-1) at home this week in a district battle. Purvis defeated Sumrall a couple of weeks back and Sumrall brought down the Cougars last week. Purvis’ loss last week came only in a fourth overtime period.

This game is sure to bring out the fight in both the Cougars and the Tornadoes, as both look to advance in the district.

“It’s a big district game,” said coach Jaymie Palmer. “If we are going to stay in the playoff race, we have to get a win.”

Lawrence County has two more regular season games after this week, both district.

The Wesson Cobras (4-4, 0-2) are the only team to travel out of the area this week as they take on the West Marion Trojans (3-5, 1-1) on the road in district play. Like Lawrence County, this is the Cobras’ last shot to stay in the running for the playoffs.

Point spreads for the Trojans have been as diverse as a 3-point win and a 41-point loss. Wesson coach Jeremy Loy said the key to a win will be defensive containment and offensive control.

“It’s a must-win game if we want to have a chance to make the playoffs,” Loy said. “We will need to contain their quarterback and play well against the pass. On offense we will have to get our running game going and not turn it over.”

Wesson will play two more times after this matchup in the regular season, both district games.

The West Lincoln Bears (3-5, 1-1) have a bye week before facing Bogue Chitto on the road and Loyd Star at home, both in district face-offs.